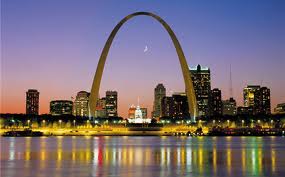 For seven weeks, I’ve been a St. Louisan as the program director of 101 ESPN – one of the best sportstalk radio stations in America.  This is the first move my family has made in 18 years, and the first time as bona fide adults.  There is a lot to know, and I’m picking up as much as I can as quickly as I can, and it’s a challenge.

Here is a list – a bit of a primer – of the lessons for those considering a similar change in course:

Selling a house is not cheap, and it’s not easy – All those accommodations home owners make to the age of their home are exposed and corrections must be made.  We replaced or updated a long list of items that had been petty annoyances for years.  There is a feeling for us that we want those who trust us enough to buy our home to be very happy with their choice.  We owe it to the buyer to make sure everything is right, so we replaced faucets, carpeting, and shower doors.  Julie and Ryan worked their asses off to make the backyard the wonderful getaway that we always wanted it to be.  I wish we had done it years ago, so we could have enjoyed it more.

The best part of the house not selling in the first two weeks it has been listed is that we have absolutely no idea where we want to live in St. Louis.  City?  Country?  Near work?  Near golf?  In the woods?  In a town?  Julie, Ryan, and I have no idea where to land.

Driving 280 miles each way every weekend isn’t that tough – The drive between Indianapolis and St. Louis isn’t a bother at all.  I enjoy a little solitude now and then, and the almost four-hour drive is a simple and mindless jaunt without a metropolitan area in between.  101 ESPN has a huge signal – I can hear it almost all the way to Terre Haute – so listening uninterrupted is easy and because the product is high quality, very enjoyable.

With family in Indy, working is all there is to do in St. Louis – People always say that there is no such thing as work if you love what you do, and that’s true.  Maybe that’s why I don’t mind being in the office from before eight to after seven most days.  It also helps that my option is another night alone in my hotel room at the Doubletree.  Nothing against the Doubletree, but all things being equal, I’d rather be in the office.  When Julie and/or Ryan move out here, that will change a little bit as the discipline to devote time for family is every bit as important as the discipline of working hard.  I learned that while working in Indianapolis – accepting more and more responsibility as a manager’s faith.

Meeting new people can be joyful – I’ve never been a gregarious guy with new people.  It has always taken me a significant period of time to feel comfortable with strangers, but that seemed more a choice than a psychological disorder, so I told myself to ignore the impulse to dip my toe in the water before easing into the social pool.  I jumped in, and continue to get lunch with people as though they will be future friends rather than longtime strangers.  Let’s face it, I’m not George Clooney or Sam Bradford, so people aren’t going to tolerate my social reticence because in the end it will be worth it.  Fortunately, St. Louisans are a welcoming bunch, so I’m having a great time introducing myself to people I haven’t met.

St. Louis is a cool city (not in climate) – The people in St. Louis tend to stay in St. Louis, so there aren’t a huge number of ambassadors running around the midwest extolling the many virtues of the ‘Gateway to the West’.  That might be how St. Louisans like it.  The city is like some secret along the Mississippi that some very lucky outsiders occasionally wander into.  Getting around town is a challenge, but well worth it.  It ever a midwestern city was built for GPS, it’s St. Louis, but the rewards of a meal on ‘The Hill’, a trip to Rams Park for practice, or a game at Busch Stadium has all been more than worth it.  There are an endless series of suburban towns – some of which are forest filled and rural, while others are very typical.  The people, as I mentioned earlier, are very friendly.  People told me when we decided to move to St. Louis that its people are “very provincial”.  If they meant people are proud of their hometown, they were right.  But I got the impression that they meant the people were cold to outsiders.  I have found that purely false.

In a related thought, heat is relative.  It’s been really hot and humid since I got to St. Louis, but it no longer bothers me at all.  It’s not a dry heat, but it’s a heat that is easy to ignore.

St. Louis is a great golf town – I like golf.  Rather than a good walk spoiled, I see golf as a great hike enhanced.  St. Louis has beautiful and affordable courses.  The grasses are very hearty, so the divots are small.  My shoulders and elbows throb a bit after a round in Indy.  The turf is so loose that I can get a little deep with divots, and the shock of the impact causes some aches and pains.  In St. Louis, no such worries.

Baseball is good for sportstalk – During summers in Indianapolis, the only major league – and I realize I’m stretching the definition of the term ‘major league’ – is the WNBA.  That’s right, from the end of the Pacers season through the opening of Colts camp, the Indiana Fever are the only game in town.  St. Louis, with the Cardinals, Rams, and Blues, is a 365 day sports town.  People love all three teams, and all are committed to bringing in high character guys.  I love it.

The Cards are great – I know that as a lifelong Cubs fan, I’m supposed to somehow hate the Cardinals, but they play the game the right way.  Despite the Cubs current run of seven straight wins, they continue to run the bases like tools, miss cutoff men, and swing at pitches outside the strike zone.  Rooting for the Cubs, where no culture of winning exists, is a brutal exercise in futility.  The only culture is of unearned exorbitance.  The Cards are completely unlike the Cubs.  They play baseball the right way.  I have long thought that Albert Pujols is the best hitter I have ever seen, but watching him night after night it’s clear that his excellence extends beyond what he does with the bat.  While not fast, he might be the smartest baserunner I’ve seen since Roberto Clemente.  He wins games by taking the extra base, and that surprised me.  Maybe he is just on a great run of luck not getting thrown out, but over the last seven weeks, I’ve been stunned by his smart aggression.

All NFL teams are not run like the Colts – There is no denying the consistent excellence of the Colts over the last decade, but there is also no denying that their treatment of the media is more than a little off-putting and unnecessarily paranoid.  The Rams are the opposite.  I stood next to Rams GM Kevin Demoff for a half-hour the other night talking about all kinds of things, and it struck me more than once that doing the same with a member of the Colts front office would be almost unthinkable.  At one point with Kevin, I excused myself because practice was ongoing.  He said, “No, no, stick around.”  I have great respect for Bill and Chris Polian (and like both), but it’s nice to know there is more than one way to skin a cat when it comes to dealing with the media.

It’s hard to argue with the success the Colts have achieved, but I believe the same results (or better) might be gained by relaxing a little bit and enjoying the company of people who want nothing more than to help build the popularity of the franchise.

Working and writing are not compatible – I would love to write more often, but it’s impossible.  To those of you who enjoy this website, I apologize for not being more active here, but as I get more and more settled, hopefully I can find the time and energy to write things worth reading.

One thought on “What I’ve Learned in St. Louis So Far”