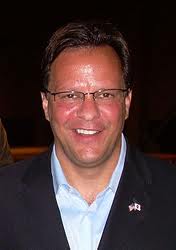 Weird on a day that saw the Indiana Hoosiers lose to Butler to write about what a great job Tom Crean is doing in Bloomington as the architect of a reclamation project that the programmers of HGTV wouldn’t touch with a ten foot support beam.

The truth is that kids are developing as basketball players in Bloomington faster than anywhere else in the country.  The work being done in Cook Hall is taking the ordinary, and preparing them for a chance to earn huge dollars in the NBA.

Players like Victor Oladipo, Will Sheehey, Christian Watford, and Jordan Hulls were not considered pro prospects coming out of high school.  But they are now, and that is a testimony to the work Crean and his staff do every day to help these kids reach their dreams.

When I interviewed Jordan Hulls as a sophomore, I asked what his plans were after college.  He said that he was interested in becoming an athletic trainer.  Those plans are likely on hold.  Scouts talk about Hulls being a Travis Diener type NBA guard.  Diener made $5.9 million in a five-year NBA career.  Sure, I thought he was a new intern at 1070 The Fan when he was in-studio, but he banked a lot of cash for a baby-faced assassin.

Victor Oladipo is an interesting kid.  There is a fine line between confidence and hubris where greatness can emerge, and Oladipo nests very nicely in that sweet spot.  He wants to be the best he can be, and knows that requires an honest assessment of his weaknesses, and a dogged pursuit of addressing them through hard work.  Check and check.

It helps that Oladipo can jump out of the gym and is long, but Crean can claim credit for finding Oladipo, assembling a dedicated staff, and putting together a plan that Oladipo can use to make the most of the hours of effort he is willing to invest each day.

Sheehey and Watford are in the same boat.  Dilligence is contagious, and the culture of hard work at Indiana can turn the hyperactive, laconic, selfish and/or indifferent into motivated and tenacious teammates who can get closer to their potential at Indiana than any other program they might choose.

That is Crean’s foremost job as a coach, and he is doing it extremely well.  The reward for building that culture is already being reaped as the recruits agreeing to come to Indiana continue to be better regarded each year.

My hope is that Crean continues to look for the right kind of kid, rather than the best pure players, and that he helps them become the best they can be.  I hope he continues to recruit Indiana heavily, allowing this program to represent the state’s game well, and be the destination of choice among Indiana’s youth.

Winning appears to be more important than anything else as coaches are evaluated, but the more important legacy is in teaching kids the lessons available through competition at the highest level – importance of hard work, balance in life, and unity in purpose.

Especially on a day Indiana lost to a Butler team that also embodies the best in student-athletic pursuits, fans need to remember that football and basketball programs are for the players.

Crean appears to understand that very well, and the players in the candy-striped warn-ups are very lucky to have him as their guide.