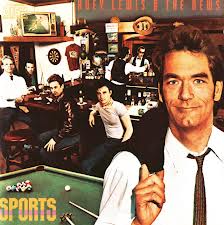 The Cubs are rebuilding, and that means the unconditional release of Huey Lewis & the News.

The Cubs suck.  Fans know it.  Ownership knows it.  The players know it.  While other teams are building a farm system, reaping the rewards of building one, or investing in a free agent that might put a team over the top, the Cubs are busy with other issues, according to a Paul Sullivan post on chicahgotribune.com.

The Cubs have become very adept over the last couple of years at monetizing the only valuable asset in the Cubs catalogue – Wrigley Field.  They have hosted an NHL game, a very cramped version of college football, movies, and soon they will host field hockey.  Not sure whether money was actually made, but the place has been busy for more than the Cubs 81 home dates.

Now, the Cubs are busying themselves by reassessing their music repertoire.  It seems fans are upset with the barrage of hits from the 1980s, as well as the celebrity conductors of “Take Me Out to the Ballgame” during the seventh inning stretch.  It seems fans were upset the Cubs invited nationally renown mopes without a clue what they were doing to come in to reprise the fan anthem that was led by Harry Caray until his death 15 years ago.

Go figure that fans didn’t care to hear Ozzy Osbourne massacre the song, or others with no relationship to baseball, the Cubs, or Chicago stump for the release of their latest movie, song, or show.  I remember watching Ann-Margaret and Gary Sandy (Andy Travis from “WKRP in Cincinnati”) sing a few years ago.  It made no sense, but the moves being made by then GM Jim Hendry didn’t either.

Now, instead of finding a way to compete with the St. Louis Cardinals and Cincinnati Reds, they are updating the public address offerings for the pregame.  One negative for the Cubs is that they will now almost certainly be the worst team in the National League.  The Cubs have done nothing to move from second-to-last into the cellar.  Chicagoans can thank commissioner Bud Selig for that.  He championed the move of the Houston Astros to the American League, and paved the way to the bottom.

But, thanks to this laser focus on fans enjoying the experience at Wrigley before the baseball starts, at least the dwindling denizens still paying top dollar for Triple-A baseball will get to hear something other than Van Halen and Huey Lewis.  How can a franchise be expected to change 105 years of misfortune when they aren’t bright enough to turn over a cassette dubbed in Greg Maddux’s rookie year?

Wrigley Field is little more than a living museum for fans these days.  They go the ballpark because it’s where their memories can live.  It’s like taking your kids to the Museum of Science and Industry to visit the U-505.  That was the coolest when I was seven, and taking my son there was wonderfully nostalgic.  Same thing with Wrigley.  There is no reason to visit other than to remember my Dad catching a foul ball Jesus Alou hit, or when he asked me to get an autograph from one of the Cincinnati Reds.  There were two Reds signing, and instead of Pete Rose I got Fred Whitfield to sign my scorecard.

The relevance of Wrigley is in its generational connect points, not in the Cubs putrid present.

Maybe one day, the detail work for the on-field product will measure up to the marketing staff energetic enough to burn a new CD.