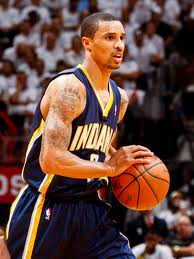 According to Wells, Hill does it right.  The players have to make grades to play, and the fundamentals are stressed.

The shame of the piece is that coaches for the program say that teams will actually call in sick to avoid playing a G3 squad.  There are always teams like that in youth basketball.  Parents and coaches like the validation that comes with a nine-year old winning.

Dealing with adversity, answering a difficult challenge, and working hard despite a lack of the immediate gratification are not high on the list of priorities of a lot of parents, and so they’re unnecessary for kids.

They grow up taking the easy route, and live unchallenging and mediocre lives.  Why parents choose to avoid embracing a beat down is beyond me.  The response to an ass-whooping is hard work so next time you don’t get your ass whooped as badly.

Youth sports is about fun, friendship, and the search for adversity – not the avoidance of a 30-point waxing.

Parents are ridiculous.  They are without question the worst part of youth sports.  There are so many laughs to be had, so many memories to be created, and so many lessons to be learned.  Parents want to make certain that all their children experience is happiness and success.

The worries for parents are playing time, the coach’s accurate assessment of their kid’s genius, and a constant delivery of trophies that communicate the great work they do in raising their child.

I was nowhere near the best sports  parent in the world, but my Dad was excellent.  He made sure every kid played when he coached our little league team, and there were always laughs.  One thing there weren’t – wins.  Our baseball teams didn’t beat the teams where the coaches wanted to win first.  Those kids cried when their teams lost.  We ate popsicles and Flavor-Ices tubes of frozen sugar water.

My best day was when my son was eight, and didn’t understand why he wasn’t playing as much as he thought he deserved.  He asked his mom and I why he wasn’t starting.  Ryan had been the object of amazed relatives for long enough that he was quite certain he was a very good basketball player.  We told him, “How the hell do we know.  Ask your coach.”

He did us one better.  Ryan asked what he could do to play more.  The coach told him that he needed to do everything he was told with great effort and hustle.

The result was that Ryan worked harder and smarter.

Below are ten things parents should never think about doing, and if they are doing them, stop!

1 – Do not ask the coach why your kid is not playing.  If he has a question, let him or her ask.

2 – Do not instruct in the car on the way home.  In fact, don’t talk about the game at all.

3 – Do not bitch about the coach, and how unfair he or she is.

4 – Don’t criticize other kids – not to your own kid, and not to anyone.

5 – Do not reward wins.  The meaningful reward is the win itself.  If the kid needs a cash or prize to induce playing hard, there is a problem that the bandage of cash will not address.

6 – Do not allow or encourage your kid to quit a team to which a commitment has been made.

7 – Don’t coach your kid during the game – let the coach do that.  If you want to coach, volunteer.  Corrupting the authority of the person who did is bad form, and teaches your kid to dismiss authority.

8 – Don’t engage opposing fans.  They might take your barbs too seriously and respond poorly.

9 – Don’t drink before watching youth sports.  This should go without saying, but unfortunately…

10 – Do not indulge in anger.  The kids are trying, and if they aren’t, who are you to tell them how to enjoy their free time.