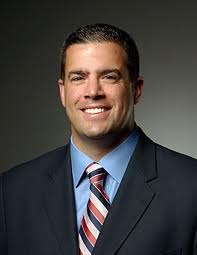 People are weasels.  That’s a pretty good rule of thumb for dealing with successful men and women in business.  Find the road that is most expedient, and then watch as that is the one chosen by men like Rutgers president Robert Barchi and athletic director Tim Pernetti.  They rarely surprise us.

The right thing to do as the leader of the athletic department when video evidence surfaced of basketball coach Mike Rice’s physical and verbal abuse would have been to fire him immediately.  You hit a kid, throw a ball at a kid, or call a kid “faggot”, it’s time to pack a box.  Do all three repeatedly, and there is no excuse at all for allowing Rice to continue to interact with student-athletes.

Pernetti maintained Rice for one reason – to fire him would have required an explanation, and an explanation this ugly would have invited more criticism.  Rutgers would have been shamed, and Pernetti would have been placed in the uncomfortable position of answering questions regarding player treatment at Rutgers.  There would also by the potential legal exposure of a player who suffered a level of emotional harm that might lead to a lawsuit.

The attempted rehabilitation of Rice had nothing to do with any compassion for this unrepentant bully, and everything to do with kicking this situation down the road far enough that when the video leaked – as they always seem to – that Barchi, Pernetti and Rutgers could claim a legally tenable position that corrective measures were taken without pulling back the curtain completely.

As always, the kids were the last to be considered in this miserable episode.  Corporate life in America has nothing at all to do with the people doing the heavy lifting, and everything to do with building defensive positions for the company and management team.  That is true everywhere, and to project a collegiate athletic department into a separate realm is naive.  ADs are responsible for negotiating huge media contracts, and run their operation just as CEOs run businesses.

The tragedy that is underscored by Pernetti’s response to Rice’s behavior is that true leadership is not the coveted trait in a person put in charge of a basketball program or athletic department.  In fact, it’s not even on the radar.  What is required is the ability to strategize  and position the entity to minimize liability.

People have two instincts when presented with a crisis – fight or flight.  Those who are willing to battle are few and far between.  Those who flee are everywhere, and Pernetti has shown himself to be a man of unique ability in doing the wrong thing in the right way.  That makes him valuable, which is the pathetic reality of collegiate athletics and corporate America.

Because of that, Pernetti will keep his job despite being the person who allowed Rice to continue “leading” student-athletes whose parents trusted Rice with shaping their kids’ character.

And now, Rutgers president Robert Barchi has commented on Rice’s dismissal.  In it he says, “(Pernetti) sought the advice of internal and outside counsel.  The university hired an independent investigator to look into this matter thoroughly.”  This is typical and smart, if morally reprehensible, corporate speak for, “It wasn’t our fault.  We talked to many lawyers and covered our asses by engaging multitudes of others to evaluate Rice’s batshit crazy behavior.”

More Barchi ass covering follows, “Based on the external investigator’s findings and recommendations, Tim and I agreed that Coach Rice should be suspended, penalized $75,000 in fines and lost salary, ordered to undergo anger management counseling, and put on notice that his behavior would be closely monitored.  Tim Pernetti also made it clear the Coach Rice that there would be zero tolerance for additional infractions.”

Barchi and Pernetti should be asked and required to answer just what the hell changed between the suspension and now to cause their change in position.  If there is a video of Rice going haywire after the initial penalty, that would be a legitimate explanation, but of course there is none.  This is nothing more than bureaucratic posturing by weasels unwilling to take any responsibility for being weasels.

In 70 years, America has gone from a country with a president who had a sign on his desk saying “The buck stops here” to one where people are rewarded beyond all reason for their ability to obfuscate and distract.  Corporate America is now nothing more that a shell game of responsibility dodging.  If you can’t be blamed for anything today, you are a winner.  Accepting responsibility is the only unpardonable sin.

So Pernetti and Barchi will go to dinner sometime in the near future to toast each other for so cleverly dodging accountability in this repugnant mess.  I hope Rice is there to heave one more basketball at their heads.

Congrats fellas for authoring another lesson for college students about what it takes to succeed in this world, and how doing the right thing just doesn’t matter.