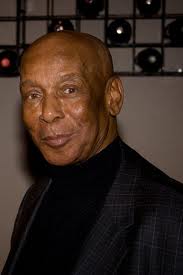 Always an intertaining interview, but now for all the wrong reasons.

Thank God for DVR technology.  Otherwise, I never could have kept up with the spate of simple autobiographical blunders that peppered an uncomfortable interview with Len Kasper and Jim Deshaies in the top of the seventh prior to Mr. Cub singing “Take Me Out to the Ballgame” during today’s home opening 7-4 loss.

Don’t get me wrong – I love Ernie Banks.  He was the first professional athlete I cared about, even though he was at the very end of his career when I watched him flip those powerful wrists.  During a time when race relations prompted riots, Ernie smiled and enjoyed his job.

He’s still smiling, but I wasn’t as the interview became odd.  And it’s not like Ernie just started to get foggy.  WGN never should have spoken to the poor guy, regardless of his iconic status at Wrigley Field.

Here are some of the odder recollections:

Len:  “How old were you when you came here for the first time?”

Ernie:  “I was 19 years old.  I looked out here and was singing the song by Shirley MacLaine, ‘Is that All There Is’.”

Yeah, no.  1953.  If you had come to Wrigley in 1954, he would have been another year deficient in his assessment of being at Wrigley for the first time when he was 19.

Normally, Len continues with the interview to the end of the half inning, but Ernie was cut a little bit short as the situation started to spin into interview chaos.

WGN never should have put the poor guy on.