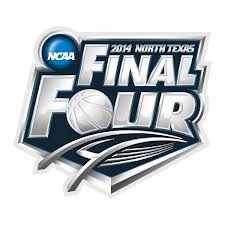 Next year’s Final Four will be in Dallas, which means only one thing – ice storm!

Last night, Louisville did what they do.  They won by finding a way to make a couple of two-minute stretches break the backs of their opponent.  Luke Hancock knocked down shots, and Michigan didn’t have enough second half answers to get over the hump that got bigger with every possession.

As with all NCAA Tourneys, there were magnificent upsets that began when these college students were shooting in a gym as fourth graders because they hated losing their last game, and came to fruition because of the faith they had in each other.

Florida Gulf Coast played with a fearless joy, and became the first team to go to the Sweet 16 as a #15 seed.  Their coach cashed in on the run with a multi-million dollar contract to take his leadership to USC.  His players are back in classrooms wondering where they will get $30 to take their girlfriends to a movie.

There was a lot to revel in, and almost as much to hope for in the future.  Sixty-three teams that began play on the first Thursday of the tournament went home ready to work hard to get another bite at the apple next year, and Louisville showed how much fun playing the game with deliberate mania can be.

Rick Pitino showed that being a partner on the ride is better leadership than the tight-fisted micromanagement other coaches showed.

There is a lot that can be done to improve this event, and while I know most of the below are pipe dreams that will never be acted upon, but dreams are where change starts, so I guess there is always hope.

The NCAA Tournament is now and has always been the most consistent dramatic event on the sports calendar, and tweaking it should only be done with great care.  Most of the needed changes are cosmetic, and I’m not holding my breath because the motivation for all things in media is cash.  None of what I want will make anyone an extra dime.  Money wins.