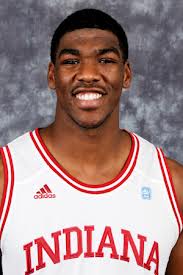 Indiana basketball lost its third undercassman this week as Remy Abell has announced his intention to transfer.  That brings the current total of outgoing players to six – equalling the number of incoming players.

That makes the math as to how the Hoosiers would honor six new men much less fuzzy.  Six minus six equals zero, and that’s the number coach Tom Crean is looking for.

The are reports that Crean is continuing to recruit a late signee which would cause IU to fall back into a negative situation where a current player on scholarship would be asked to leave, or one of the incoming freshman would be asked to spend a year in prep school.

I’m not a fan of over-recruiting.  While piling up players with a higher ceiling makes sense from a competitive standpoint, it’s unfair to the student-athlete who was recruited with the intent to see him through to the end of his eligibility.  There is nothing wrong with asking a player to leave if he fails to live up to academic or behavioral standards, but a player who is unable to compete at a high enough level to earn his way on to the floor represents an error in judgment by those who recruited him.  The player should not be penalized for the error of the coaching staff.

If, which may be the case with Abell, Crean sat him down and told him that there will be fewer minutes for him in 2013-2014, and he chooses to opt out so he can play, that’s perfectly honorable.

The offseason between the sophomore and junior season is the time that players need to seriously evaluate their place in a program, and decide if life on that campus and in that program is going to be a suitable payoff for all the hard work they have done and will continue to do on the court.

If the answer is no, they need to move on, as Abell has decided to do.  There is no shame or disloyalty in doing that, and there is nothing wrong with a coach honestly assessing a player’s future.  The end of eligibility comes quickly, and for some, watching others play 35 minutes while they play six, is not worth the incredible investment of effort.

The recruiting of Abell appeared to be an odd decision at the time of his signing, as he locked up a scholarship that could have been used in the following class on a kid like Gary Harris, who became the Big Ten Freshman of the Year at Michigan State.

Abell wound up being a guy who could score a little bit, and defend well enough to give wings a blow.

The glut at wing just unclogged a bit, and not with a loss that will cause any degradation in competitiveness.  Abell gets more minutes for a new school, and Indiana gets answers to a question that required an immediate answer.  Good for the kid; good for the program.