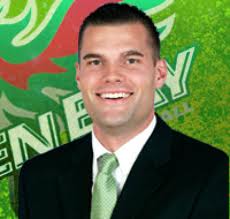 It’s time for the masses to rise up and smite the tyrants.  College basketball players are not buck privates who need to be prepared for battle, and coaches are not drill sergeants.  The time has come for a redefinition of roles in collegiate athletics.

If reports of an incident at the University of Wisconsin-Green Bay are accurate, head basketball coach Brian Wardle is the latest coach who not only crossed the line, but demonstrated that he’s unaware of its existence.

This reported series of incidents closely follows America going crazy over the video of Rutgers coach Mike Rice hurling all sorts of things and words at his players.  If there was ever a time to avoid treating players’ health and sense of well-being with indifference, it is now.

Among the allegations made by Bross against Wardle, according to Dauster:

On one hand, people outside of the college athletics world look at the stories leaked from practices about borderline criminal behavior perpetrated by coaches, and wonder just what the hell coaches are thinking.  If managers in business did any of what we hear about, they would be fired instantly, and would be unlikely to be employed in a similar role ever again.

On the other, what the hell is going on with kids who allow themselves to be bullied into running until they poop their drawers?  Bob Knight is a former coach that people often and accurately accuse of bullying.  In his speeches to the students at Indiana University, Knight often extolled the virtues of using the word “No!”

I’m not sure he ever tolerated “No!” from his players, but I would recommend it highly to players with diarrhea being required to run up and down a hill.  First, there is the virtual certainty of humiliation, and that certainly occurred in the case of Bross.

It’s time for players to allow themselves the luxury of evaluation when a coach speaks or acts.  Without consequences, coaches are free to do whatever the hell they want to whomever they want for whatever reason they want.  It’s time for there to be a consequence.

If I’m walking down the hall toward my office, and my manager hits me in the head with a basketball, I’m going to do everything I can to mete out a form of justice that is immediate and unmistakable.  Players should do the same.  A right cross to the jaw conveys a quick message.  Before that, saying “No!” with certainty is a damn effective way to communicate dissent.

And if the result of that dissent is being kicked off the team, that is the price.  Taking a stance based in justice and decency is sometimes punished.  History books are filled reports of men and women being vilified for doing the right thing.  There is nothing wrong with joining them in some small way.

It’s clear that most athletic directors could care less about doing the right thing – sponsoring leadership training for their coaches similar to the clinics and workshops often required by corporations, and making sure respect is paid as it is demanded.

Getting the most out of players should be the goal for any coach interested in winning and developing the character of student-athletes.  Forcing an employee with diarrhea to run has never been used in a seminar I attended as a tool to unlock the inner genius of an employee or basketball player.

Wardle’s plight at UWGB won’t make headlines like Rice did for his multiple psychotic breaks at Rutgers because there is no video (as we know, without graphic video, mainstream sports media pays no attention).  That will probably save him from being fired, but it shouldn’t prevent him from being held accountable.

It’s time for coaches to be held responsible for their management skills.  Whether that’s done by the players, athletic directors, or the public doesn’t matter – but coaches need to consistently act like responsible adults.  If the training comes during a seminar or a left hand to the liver, one way or another this behavior must end.