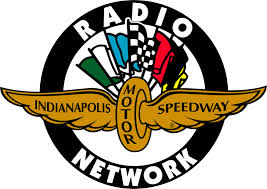 There is something about listening to the Indianapolis 500 on the radio that is just different, and somehow better than watching on TV.  The first Indy 500 radio broadcast I listened to was in 1993, just after moving to Indianapolis, and I was hooked.

As idiotic and shortsighted as the local blackout is, there is nothing wrong with forcing an entire city to gather around a radio to experience the race in the same way fans have for over 60 years when Sid Collins invented the Indianapolis Motor Speedway Radio Network.

Normally, I go to the race, but this year we were invited to a friend’s lake house, so we rolled down there, lashed a pontoon to a flotilla and enjoyed Mike King and the team Wally Leavitt has assembled to describe the 97th Running of the Indianapolis 500 Mile Race.

King, Jake Query, Jerry Baker, Dave ‘the King’ Wilson, Kevin Lee, Mark Jaynes, Chris Denari, Davey Hamilton, Donald Davidson, and others do what seems to outside observers like an impossibility – make the Indy 500 fascinating without seeing the race.  This is such a visual sport, that seeing the action would seem to be a must to enjoy it.  This effort reminds my of the Charlie McCarthy Show on the radio in the 1930s.  How could a ventriloquist act make it on the radio?  There is no logical answer and the idea is laughable, until you listen.  Then you get it.

Today was no different.  There were technical issues likely caused by a slow board-operator.  It seemed that half the time King threw to a corner, pit reporter, or Wilson, the audio was uncut – meaning that the analyst started talking before we could hear him.  That is usually due to the board-op making live the microphone too slowly to catch the beginning of the report.  If that wasn’t the case, and some other reason exists, it would be interesting to know what it was.

Other petty annoyances, the routine roster calls of affiliates on the network, as in “We would like to welcome WOWO in Ft. Wayne, WXOS in St. Louis, WBAP in Dallas, and KOMO in Seattle to our network of stations carrying today’s Indianapolis 500.”  The stations hate the calls because it drives listeners away, and there is no thrill at all in hearing their call letters.  It’s a waste of the listeners’ time, and ratings depend upon a consistent effort to engage them.

Two smaller gripes during an otherwise solid broadcast – the credits at the end of the broadcast interest no one.  The reward for the people who work like dogs to bring listeners the story of the 500 is knowing that they fulfilled the promise  of telling the story of the race.  Wasting the listeners’ time (this is a recurring theme) by calling out the people who did yeoman’s work is a nice tip of the cap, but does not engage.

Speaking of not engaging, the interviews with the sponsors is a total waste.  I get that the sponsors need these interviews as part of the package that makes writing a check to the Indianapolis Motor Speedway worthwhile, but there isn’t a listener who gives a damn.  The quid pro quo for listening to a cost free broadcast is that a certain number of commercials are played – and tolerated.

The interviews push the listeners’ patience to the limit.

If the listeners enjoyment of a broadcast – any broadcast – isn’t the top concern of those putting it together, customer satisfaction will be low, and other ports on the radio dial will be visited.

This isn’t 1968 where other choices aren’t available, and when IndyCar so desperately needs to engage as many fans as possible, asking them to tolerate moments of self-indulgence is arrogant.

Overall, listening to the Indy 500 was as fun as ever, and even more satisfying because of Tony Kanaan’s victory.  He is truly one of the nicest and most approachable people in all of sports.  In fact, you don’t need to approach him, because he’ll approach you.