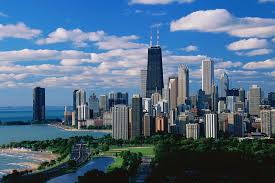 Chicago is a beautiful city until you peel back the layers of its sports teams.

Winning a championship is hard, and there is no shame in not winning one for a few seasons, but minus a few outliers, the City of Chicago has had some barren years minus the Blackhawks over the past half century.

Six times in the 1990s, Michael Jordan carried the Bulls to NBA Championships.  Once since 1917, the White Sox have won a World Series, and that reminded Chicagoans how much fun baseball can be.  Bears fans enjoyed a magical 1985 run through the league to a Vince Lombardi Trophy, but prior to that the Bears had not won a title since 1963 – a team that will celebrate the 50th anniversary of that season on titanium hips and knees.

Other than the Hawks, who look poised to have another run in them, where are the Chicago teams currently, and where are they headed. 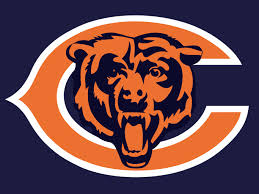 I was surprised when Lovie Smith was punted as the head coach, but that’s the way most teams in the NFL work.  After nine or ten years, teams get antsy and feel that they are just a new coach away from breaking through the ceiling to a championship.  The Steelers have been the most consistent NFL franchise since 1972, and they have had a total of three head coaches during that time, but everyone else knows better, so Lovie gets the boot.

The Bears are getting old almost everywhere, and they might be in a position in two years where they long for the records that Lovie put together over his nine seasons.  Of the four Pro Bowlers from the defensive side of the ball, only Henry Melton will be younger than 30 at the end of the 2013 season.  Lance Briggs will be 33, Charles Tillman is already 32, and Tim Jennings will turn 30 on Christmas Eve.

Offensively, the teeth are growing long too.  Quarterback Jay Cutler is 30, and while he’s likely to maintain his level of play for a few more years, he’s unlikely to improve, and what he did in 2012 simply wasn’t good enough to go to the playoffs for a variety of reasons.  It wasn’t all Cutler’s fault, but 38 sacks, 19 TDs, and 14 picks do not reflect a championship level of play.  Cutler is good enough to inspire hope, but not quite good enough to win it all.

Matt Forte is going to turn 28 toward the end of the 2013 season, so he’s another guy who is who he is, hwich isn’t bad, but in a division with the Vikings, Lions, and Packers, it isn’t enough.  Devin Hester will be 31, and Brandon Marshall is 29 – both beyond the threshold where improvement can be expected.

If the Bears are going to leap forward to a championship anytime soon, I don’t see anything that would lead a reasonable person to foresee it. 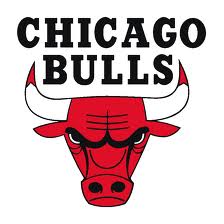 The Bulls were steamrolled in the second round of the NBA Playoffs by the eventual champs, the Miami Heat.

There is no chance that the Bulls will catch the Heat, if Miami maintains their roster.  If Derrick Rose can come back at 100% next season, they will take an obvious step forward, but that might not be enough to challenge the ascendant Indiana Pacers as the second best team in the Eastern Conference, much less the Heat.

The Bulls are in salary cap hell for next season as they have a maximum of $6M coming off the books for 2013-2014, while they add $7M because of contractual raises for Rose, Taj Gibson, and Luol Deng.

Getting better in the short term is going to be very difficult, minus the re-emergence of Rose, who when healthy wasn’t enough to get the Bulls to the NBA Finals. 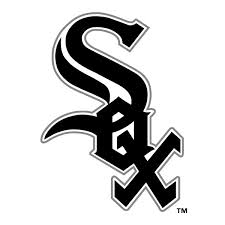 The Sox are currently in the cellar 10 1/2 games out in the American League Central, and they are getting old.  They’re mediocre everywhere.  Alex Rios is still a dynamic player, and Adam Dunn is going to hit enough bombs to make you forget that he’s hitting .193.  Alexei Ramirez is a good shortstop with speed.  That’s the end of reasons hope.

The mediocrity is defined by Jeff Keppinger, who is a starting second baseman only for a foundering team.  Conor Gillaspie and Dayan Viciedo play third and left, and they are young, but to this point aren’t showing the stuff of future studs who can lead a team.

To show how desperate the Sox are, they employ Tyler Greene, a former first rounder of the St. Louis Cardinals, who the Redbirds tried like hell to install as the starting shortstop in 2012.  They shipped him out in favor of Pete Kosma, who his .236 in his six-year career in the minors.

The pitching is okay.  Jake Peavy will be good when healthy, but other than Chris Sale, the rotation is filled with guys.  Addison Reed might be a dominant closer in the future.  Beyond that, the bullpen is a bunch of spare parts.

Sox fans get it as they are staying away in droves.  The Sox rank 14th or 15th in American League attendance at just under 22,000 fans through the turnstyles per game. 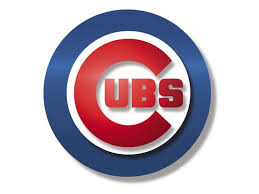 The Cubs are building methodically, which is exactly what I would do if I had a five-year contract that paid me a total of $25M.  That’s Theo Epstein’s plan, and Cubs fans are hoping that the kids being touted as change agents in 2015 or 2016 are exactly that because other than Anthony Rizzo, the youth at the major league level looks like anything but the core of a championship team.

Starlin Castro is who he is – an easily distracted but gifted player who is currently hitting .228 with an OPS of .582.  Whether the Cubs coaching staff can turn Castro around is anyone’s guess because it has more to do with what’s between Castro’s ears than what might be corrected with any technical adjustment.  Whatever happens, Castro is damn likely to be a Cub for the next six years because of a crazy contract extension that provided the kind of wealth that turns players without internal fire into a lazy player who just doesn’t care anymore.

The pitching has been okay with a good starting rotation cobbled together with duct tape and bailing wire.  Jeff Samardzija, Travis Wood, and Scott Feldman are a combined 16-19 but all have an ERA of under 3.50 and WHIPs of below 1.20.  Whether the Cubs are good enough to win 75 games this year – I believe they are right now – is dependent upon the deals Epstein makes over the next five weeks.  He could trade Feldman and Garza for prospects because the name of the game is winning championships and being the best 75 win team in the majors is not going to fill seats or endear owner Tom Ricketts to a fanbase that has been justifying their love for the Cubs through psychosis for over a century.

The key to the Cubs future is having kids like Albert Almora, Javier Baez, and Jorge Soler develop into cornerstones, but there is a secondary issue that could corrupt all plans, and that is that the Cubs have to catch the St. Louis Cardinals and Cincinnati Reds.  Epstein and GM Jed Hoyer are smart guys, but Cards GM John Mozeliak and Red GM Walt Jockety are pretty damn smart too.

The Cubs becoming what the Cubs believe they are destined to become will have to be done over the Cards and Reds dead bodies, and that will be very difficult.

2 thoughts on “Chicago Sports Fans Should Thank God for the Blackhawks, Because Hope Elsewhere Is Gone”