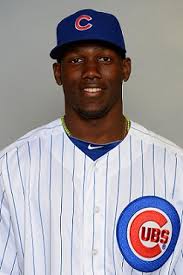 Cuban defector Jorge Soler broke his shin, hopefully not because of the handiwork of a Haitian voodoo priestess. The Cubs bad luck needs no such help.

This isn’t about some arcane jinx.  Young men break before they get to the major league level all the time, and so when people start chirping about how the Cubs will be the best organization in five years, they are putting the cart before the horse.

So when the news broke today that Cubs farmhand Jorge Soler, the 21st ranked prospect in baseball, broke his leg and will be on the shelf for the rest of the season, it wasn’t a surprise.

Through 55 games at High-A Daytona, Soler was hitting .281 with eight home runs and 35 RBIs, and had just been named to the MLB Futures Game.

There is a difference between potential and production, and given the overall dearth of talent throughout the system, losing Soler, Javier Baez, or Albert Almora to injury or not being able sign #2 overall pick Kris Bryant would be disastrous.

Bryant is being advised by Scott Boras, and that means all bets are off as to whether Bryant will sign by the July 15th deadline or return to college for his senior season as fellow Boras client Mark Appel did last year before becoming this drafts #1 overall pick.

The Cubs youth movement has a long way to climb before getting to Wrigley Field, and when foul balls break shin bones, as happened to Soler, counting 2016 vintage chickens is unwise, regardless of your thoughts on jinxes.