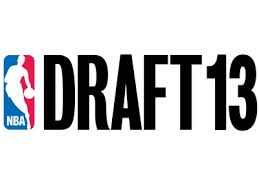 Victor Oladipo is going to be drafted second, right after Nerlens Noel, and that will set up Georgetown’s Otto Porter staying home to play for the Washington Wizards.  Yada, yada, yada.  That may happen, but it probably won’t.

The guesswork is being done by supposed experts – and that’s everyone reading this, plus everyone they know with an interest in the NBA.  With each subsequent pick guessing the draft becomes exponentially more difficult, but speculative journalism is big business, so we sit and complete mock drafts in the same way America completes NCAA Tournament grids.

There are people that all of us like.  People from Kansas love Ben McLemore.  People from Indiana, including me, love Victor Oladipo.  And on and on.  We can beat Seth Davis, just as we do in March, so why not play?

Guys like Chad Ford who do this for a living are going to miss far more than they hit.  All it takes is one knucklehead GM (and there are several) to depart from the script, and the rest of the mock draft lies in ruin.

The Indiana Pacers draft 23rd, and everyone in Indianapolis is predicting who might wind up playing in Bankers Life Fieldhouse next season.  Last week, the national media liked a variety of people for the Pacers.  There was love for Tim Hardaway Jr., Jamaal Franklin, Reggie Bullock, Rudy Gobert, Ricky Ledo, among others.

Today, the consensus pick for the Pacers is Isaiah Canaan of Murray State.  What happened to move Canaan to the Pacers in favor of those other guys during the last week?  Nothing they or he did.  There  was someone who thought Canaan made sense, argued it effectively, and drew the rest of the experts to him.  That’s the way this works.

Will the Pacers take Canaan?  Almost certainly not.  The Pacers tend to hold their cards close to the vest, and are not afraid of deviating wildly from the script written by the talking heads.

The magic of drafts is that, regardless of the sport, until they happen, all of us are on the same footing.

For me, I love Dennis Schroeder from Germany.  He’s really fast, and I want speed on my team.  That’s why I would love for the Pacers to figure out a way to trade for Eric Bledsoe.  He’s also really fast.  How do I know about Schroeder?  I watch highlight reels because traveling to Germany to audit point guards is impractical.

No GM in his right mind is going to draft Schroeder without talking to him and evaluating him by watching him miss some shots too, but what I’ve seen I really like.  That and $12 Euros will buy Schroeder a giant hefeweizen.

There is a lot of talk about Ricky Ledo being a terrible human being because the experts heard this or that from different people who recruited him, or knew coaches who dealt with him on a summer team.  They say Ledo went to four high schools in five years, and that’s a red flag.

I don’t know the kid.  He might be a train wreck of a person, or he could be a great guy.  Who the hell knows?  You can bet that if the Pacers draft Ledo, people will immediately ask about whether the Pacers overlooked behavioral issues that could poison the camaraderie of the current roster.  Based upon gossip and innuendo, the media will immediately judge Ledo’s character.

Mock drafts are a game and nothing more.  They make for some fun talk, but should never be taken seriously.  Teams will draft who they believe is best, and the Pacers – barring a trade – will grab whomever is at the top of their board after the 22nd pick is revealed.  It will be a kid will will likely be unable to help the team next season, and will cause fans to mock the choice until he blossoms.

The bottom line is that there are three people who know what they need to know to make the Pacers pick – Donnie Walsh, Kevin Pritchard, and Larry Bird.  The rest of us are throwing chips on the craps table because it’s fun.

I’m not immune, and here are my rankings – not where I think they will necessarily go, but how I would rank them.  The only guy I haven’t seen much of is Schroeder, but I really like his attributes.  He’s so athletic and long that it’s worth rolling the dice on a kid with some youthful exuberance.  Noel drops because of the injury.  I limited it to the top 16 because at that point we start wading through international players I haven’t seen, nor have any interest in seeing:

Don’t sleep on Deshaun Thomas and Peyton Siva.  If Thomas had returned to Ohio State, he would have needed 828 points to pass Steve Alford to sneak into the Top Five in all-time scoring in the Big Ten.  He scored 731 last year, so it would have been within reach.  Rick Pitino is going to lobby hard for Siva, and someone will listen before the early 50s, where he is currently projected.

You think I’m an idiot?  Well, maybe I am, but you are damn likely to be an idiot too.  Until the diminutive NBA czar David Stern calls names, we are all geniuses in our own minds.