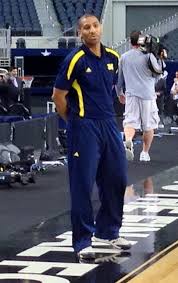 LaVell Jordan is the leading candidate for the Butler head coaching job to replace the departed Brad Stevens.

Still stunned by Brad Stevcens’ decision to leave Butler in favor of one of the most prestigious jobs in coaching, Butler is going to stay inside the family to find Stevens successor.

After a run of spectacularly successful hires following current athletic director Barry Collier moving to Nebraska, including Thad Matta, Todd Lickliter, and Brad Stevens – all stepped in as unheralded replacements who took the program to increasingly higher levels, the head Bulldog will remain true to the Butler Way by hiring a Butler guy.

Stevens was at the helm when the Bulldogs played in back-to-back NCAA Championship games, moved from the Horizon League to the A10 and finally to the Big East – although Stevens only made it through two full days while Butler was in the Big East.

He was a tireless recruiter, sure leader, and winner with honor.  There are plenty of coaches who can claim two of those three traits, but very few with all three.

Collier knows what it takes to coach at Butler, having done so much of the heavy lifting to establish “The Butler Way” from 1989-2000 and what it has always taken is someone who already knows from the inside what the Butler Way is.

So Butler’s line of succession will continue to come from a pool of candidates who have spent a long time inside Hinkle Fieldhouse, and the leading candidate today, according to sources inside Butler athletics, is LaVall Jordan – a former player for Collier at Butler, and an assistant coach there from 2003-2007 before following Lickliter to Iowa, before landing at Michigan following Lickliter’s ouster in Iowa City.

Jordan is a very adept recruiter and as the coach who specializes in developing guards, helped both Trey Burke and Tim Hardaway Jr. land in the first round of the 2013 NBA Draft.

One area Jordan or whomever Collier decides is his man will want to address is the level of resources available for staff, which was an area of contention for Stevens, according to a a source in the athletic office.

Collier wants to get the job filled quickly and for good reason.  July has three evaluation periods (July 10-14, 17-21 and 24-28) which are crucial for recruiting.  Butler has done an excellent job of attracting players that fit their environment, and any disruption would stunt the momentum built over the last quarter century since Collier reported for duty in 1989.

Butler is an example of achieving success the right way, and this hire will define Collier’s tenure as athletic director.

ESPN is reporting that Collier will meet with Jordan in the next 24-48 hours.  Anyone who knows anything about Collier can say two things with certainty.  He prepared for Stevens to leave with a list of candidates, and he will act decisively – there will be no $90,000 expense to the university for a search firm to vet a laundry list of candidates.

This hire should be complete by Monday – at the latest.

Jordan is a great candidate for any gig, but a true fit for this one.