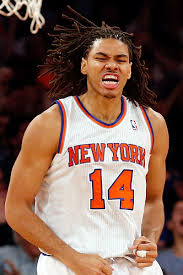 With David West’s deal done earlier this week, the Indiana Pacers turned their attention to improving their bench, and the signing of former Knicks small forward Chris Copeland will do that.  The Pacers got the 29-year-old rookie for two years and $6.1 million, according to multiple news reports.

The Knicks, who have been in almost perpetual salary cap hell since James Dolan bought the team with the exception of the time Donnie Walsh sorted things out, were unable to match the offer.

If Copeland is the shooter that he was last season for the Knicks, the Pacers got themselves a nice piece to a potential championship winning puzzle.

Copeland is a scorer who operates within a system, and can score quickly off the bench, averaging 22.6 points per 40 minutes played, and sports a true shooting percentage of 58.3%  As a comparison, Paul George has never averaged more that 55.5% during any of his four seasons.  That’s not to say that Copeland is nearly the player George is, but shows that in short bursts, he can be an exceptionally effective second unit scorer.

Copeland shot it great last season – his first in the NBA as a 29 year-old rookie.  In the series against the Pacers, Copeland was an aggregate +7 while the Knicks as a team were a -10.  He made 11-of-20 three pointers during the series, and cashed on 42.1% of his triples during the regular season.  In ten April games when Copeland saw his most extensive playing time, averaging 25.6 minutes per game, he scored 15.0 points per game.

By my math, the Pacers have spent to within $3 million of the 2012-2013 salary level, and have addressed their three biggest needs by signing David West, C.J. Watson, and Copeland.  What remains on the wish list is a back-up power forward, but Carl Landry appears beyond the Pacers price range.

They still have the mid-level exception, but that doesn’t defray any of owner Herb Simon’s expense, only the allocation toward the cap.

The Pacers do have a serious glut of 6’8″ wings who can play.  They have reportedly shopped Danny Granger and Gerald Green a little bit, but the interest was not high.

Copeland’s signing will not be the last piece of work done to make this roster championship worthy, but it Larry Bird might take a break to call Simon to see if he can free up another couple of million to fold Landry into that exception slot.

The Pacers are in a unique position and appear to be committed to taking full advantage.