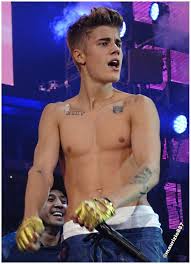 Like Justin Bieber, rookie Dodgers outfielder Yasiel Puig went from unknown to wildly popular to unfashionable, but in Puig’s case it took just over one month – and he’s still hitting .394.  Even with the annoyingly arrogant Bieber the backlash took a couple of years to engage.

No one knew who Yasiel Puig was on June 3rd when he was summoned by a Los Angeles Dodgers team that was careening deeper and deeper into the National League West cellar with a record of 23-32.

On June 10th, after his first eight games, the Cuban immigrant was a sensation going 16-of-32 with four home runs, and 10 RBIs.  His night’s work led Sportscenter, and the Dodgers began to roll.

Within another couple of weeks, the biggest discussion in baseball was whether this extraordinary talent was worthy of a trip to the All Star Game.

Going into the game tonight, the Dodgers are 45-45, having won 15-of-18, just a game-and-a-half out of first place, and people are talking about Puig like he is a pox on the game.

Players are outraged that a guy with only 35 games under his belt could be named to the National League roster ahead of players who’ve been around for many years – and have “paid their dues.”

Really.  “Paid their dues” through the toil of playing baseball for a longer period of time than a man 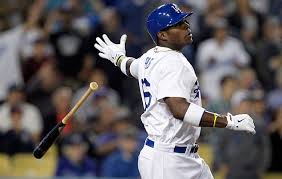 who just began his major league career.  Hey, playing baseball is a stressful job that requires some preparation, but it’s not quite like talking to a cardiologist who saves lives with his talent.  If I ever get my chest cracked open like my Dad did, I would much rather have a guy with a few years under his belt than some newby who needs a map to find my aorta.

But if I have to pick a guy to get a big hit in a game that will decide home field advantage for the World Series, I’m going with Miguel Cabrera first and then Puig.

His opponents don’t like him.  His teammates are miffed that he won’t talk to the throng of media who follow him because they migrate to their lockers to ask about Puig, and that’s a pain in their asses.  And the media aren’t big fans for the same reason.  Access means ratings/page views/circulation, and ratings/page views/circulation mean job security.  No job security means a less than generous depiction of who Puig is.

Puig’s star shot up, and teammates, opponents, and the media have blown it out of the sky.  Dodgers fans didn’t think enough of Puig to click an online box to vote him in despite the tremendous success their team has enjoyed since his call up, so he’ll get a few days off instead of a trip to New York where fans would have some interest in a game that is watched with total indifference.

And so Puig, who has become the Justin Bieber of baseball, will concentrate on the job he has done very well for the first six weeks of his career.  The Dodgers will be much more competitive than they were without him, and Puig will be blissfully ignorant of all this idiocy because he luckily has not learned enough English to realize what a bunch of kooks American sports fans and media are.

Fame is a fickle mistress, but if she breaks up with you in a language you can’t understand, you don’t even realize you were in a relationship with her.