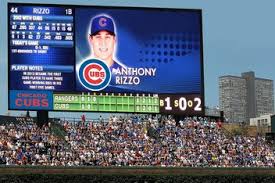 In a decision that was as foreseeable as it was inevitable, the Commission on Chicago Landmarks approved a slightly scaled back version of the demands of Cubs ownership to improve the profitability of Wrigley Field.

Cubs owner Tom Ricketts threatened to leave Wrigley Field if they weren’t met, while nearly simultaneously promising a world champion if they were.  Yeah right, and yeah right.

Alderman Tom Tunney huffed and puffed for months about protecting the rooftop owners’ interest, but finally claimed victory despite the rooftop owners displeasure.  Why wouldn’t he.  Mayor Rahm Emmanuel extolled Tunney’s virtues with all the vigor of a man who knew where this train was headed from day one, “The alderman has been a tireless advocate for a better traffic system, better safety system, a better investment in the community [by] the Cubs and a better traffic and parking [plan]. And he has been tireless about making sure that his community would also be a winner in this.”

What the mayor was trying to say was that Tunney was, well, tireless, and in the world of business and politics being tireless is just as good as winning the battle.  Wait, what?

So fans will be deluged with sponsor messages that are earned through paying among the highest ticket prices in baseball to watch a team that loses every year, and makes no bones about not being competitive.  The Cubs dealt expensive assets for the bonus cap room to allow the Cubs to sign some of the finest 16 year olds in Latin America.  These will be huge deals in 11 years when they enter their prime.

While fans wait for the physical maturation of ballplayers who are eligible for driving permits and a year away from seeing an R rated movie, they can amuse themselves by watching commercials for Lemonheads and Bob Rohrman Honda in Schaumburg on giant video boards.   Fantastic.

The loudest voice of dissent in the debate over the erection of giant video boards above the bleachers has been the rooftop organizations, and their pleas fell on deaf ears, as is always the case when thousandaires battle a billionaire.  Unfortunately, they aren’t worthy of our sympathy either, as they  pay only a thin sliver of the freight the Cubs require to operate for the opportunity to sell seats and food to those who want to watch the Cubs lose over the transom of the bleachers.

The Wrigleyville Rooftops Association has released the following statement from Beth Murphy, owner of Murphy’s Bleachers in reaction to today’s events:

“Today’s decision is a blow to anyone who cares deeply for the historic and special nature of Wrigley Field. We, like many residents of the Lakeview community, feel blindsided by the total disregard of the commissioners who ignored years of careful work that went into crafting the 2004 Landmark Ordinance and the corresponding contractual agreement between the Chicago Cubs and the rooftops. We want to see a modernized Wrigley Field, but throughout this process, the affected small business owners have been shut out to create a more favorable deal for a billionaire family.

“In January, rooftop owners proposed a solution that would preserve the feel of Wrigley Field, provide the Ricketts family revenue needed to modernize the ball park while keeping rooftops in business. Unfortunately, the Ricketts family muscled through a plan today that adversely impacts Wrigley Field and the surrounding business and homes. As small business owners who have spent more than 30 years and tens of millions of dollars investing in our neighborhood, our input should have been sought and valued, but instead, we have been intentionally excluded with arrogant disregard.”

First of all, rooftop owners were disregarded because they steal access to the product the Ricketts own.  There is a deal between the Cubs and the rooftop owners, but it’s a sham, and while the rooftop people whine about the historic significance of this and that, the bottomline for them is no less about money than it is for Ricketts.

The losers in this monotonous charade are the fans who are exploited every way possible.  Worse, Ricketts threatens and cajoles at every turn like some buddy to the fans, when his only interest since day one was cash.

Cubs fans are lemmings who can’t wait to spend more hard earned cash than all but four teams require to watch a substandard product, but that’s not enough for Ricketts who also demands the right to sell access to your brains to sponsors that will further fill his pockets.

No one should begrudge a person the right to make a return on an investment, but the theatrics Ricketts has employed to manipulate public opinion has been embarrassingly transparent and heavy handed.  And that should offend fans.

For anyone to pretend this is a win for fans, or that they are viewed by the Cubs as anything but numbers on a spreadsheet is the type of delusion Cubs fans are very familiar with.  The promise of 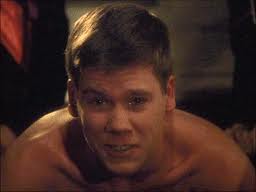 “Wait until next year!” should ring pretty damned hollow after year 105.

The Cubs overpay for a stiff like Edwin Jackson during an offseason when perpetuating the canard of trying to win can be monetized.  During the season, they sell off the spare parts for teenagers who allow Theo, Jed, and Smilin’ Tom to extend the promise of better times to come in 2024.

All that’s left is for Kevin Bacon to yell out, “Thank you, sir.  May I have another!”  This isn’t Wrigley Field, it’s the Omega House in “Animal House”, and Ricketts is nothing more than Gregg Marmalard.  Crane Kenney is Doug Niedermeyer, and Emanuel is Carmine DePasto.  Cubs fans – sadly, you are Kevin Bacon.

2 thoughts on “Wrigley’s News Signs Will Be a Win for All – Yeah, Right!”