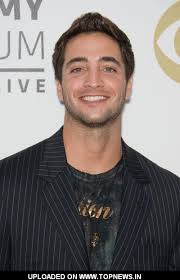 Ryan Braun serves as a role model to today’s youth as a weasel.

The “simple truth” is Ryan Braun is guilty, and has been suspended for the remainder of the 2013 baseball season.

Ryan Braun screamed from the rooftops that he was innocent two years ago when he appealed a suspension for the use of performance enhancing drugs, and called into serious question the professionalism of a deliveryman who simply held onto a vial of urine rather than send it immediately to a lab.

The deliveryman’s reputation was irreversibly sullied, and Braun escaped suspension.

Today, he admitted to making some mistakes, but was vague about what mistakes were made, while Dino Laurenzi Jr. continues to suffer because of the angry invective Braun hurled at him as he tried to clear his name.  That makes Braun an absolute scum, and the bizarre comments from the MLBPA extolling his virtues is inexcusable.

Braun is nothing more than an opportunist who tap danced, screamed, and sprinted from allegations that his urine sample showed a 20-to-1 ratio of testosterone to epitestosterone, while 4-to-1 is considered positive for PEDs.

It’s one thing to claim innocence when actually guilty, but it’s another when you take a wrecking ball to some anonymous working stiff reputation as an employee and man.

It was an inexcusable breach of manhood then – as though anyone bought urine sitting in a sealed container for an extra two or three days magically caused the testosterone to quintuple before being processed – but now that he has come out as a guy willing to admit a mistake, Braun looks much worse.

Fans have forgiven Pete Rose for the most part as a man who gambled on baseball as the manager of the Cincinnati Reds.  Fans have forgiven Mark McGwire for using Andro to help build a physique capable of hitting baseballs 530 feet.  Ryan Braun should never be forgiven – ever because he trampled the reputation of an innocent man to claim high ground when he knew he was guilty less than two years ago.

I would pay money to follow the Brewers just to boo his amoral ass.

And I would do the same to Michael Weiner, the MLBPA representative who praised Braun by saying, “I am deeply gratified to see Ryan take this bold step.  It vindicates the rights of all players under the joint drug program.  It is good for the game that Ryan will return soon to continue his great work both on and off the field.”

As for Laurenzi’s reputation, he is certainly vindicated, but what misery came to this man during the past 18 months because of the callous and cowardly acts of this same player who is now being seen as a bastion of contrition.

Braun’s comment as released by Major League Baseball reflect all the wrong type of responsibility taking, “As I have acknowledged in the past, I am not perfect.  I realize now that I have made some mistakes. I am willing to accept the consequences of those actions.

“This situation has taken a toll on me and my entire family, and it is has been a distraction to my teammates and the Brewers organization. I am very grateful for the support I have received from players, ownership and the fans in Milwaukee and around the country.

“Finally, I wish to apologize to anyone I may have disappointed – all of the baseball fans especially those in Milwaukee, the great Brewers organization, and my teammates. I am glad to have this matter behind me once and for all, and I cannot wait to get back to the game I love.”

To ascribe willful cheating to a similar level of imperfection true of all human beings is a low and slimy level of noncontrition that admits to nothing more than being fallible.  Pathetic again.

Braun’s comment doesn’t mention Laurenzi, and until it does, I hope the world boos this man so he knows the pain Laurenzi felt.