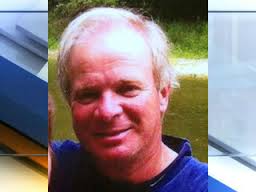 There are a lot of morons in media management these days – dopey folks who earn big coin for eliminating jobs without vision or compassion.  As a regional vice president for Comcast and previous work as general manager for WTTV-4, Phil Paligraf was never one of those guys.  His death is a shocking reminder that tomorrows aren’t guaranteed.

He died as the result of a single car crash in Montgomery County.  He was a young 58.  His family reported him missing when he didn’t return on time as he was returning home from a trip to Crawfordsville.

To imagine the increased levels of worry as the minutes ticked by until finally a call was made to the police is unimaginable, and then the heartbreak of learning that the worst fears were justified should send us all to our knees to request strength for his wife Meg.

Phil and I were dads of Cathedral basketball players at the same time, and we ran into each other at games quite often.  I worked as a radio program director at the time in Indianapolis, so we would talk about our sons, hoops, and media.  He was always a fun parent to talk to, and always so proud of Patrick, who could flat out shoot.

He has another son, Matt – a sophomore at Cathedral next month, who plays basketball and can also shoot it.  My son was lucky enough to coach Matt this year as a junior varsity assistant, and when he told me their was another Paligraf in the pipeline, I asked, “Can he shoot?”

Ryan answered, “What do you think?”  There aren’t many certainties in basketball, but Paligrafs being able to drop three-pointer after three-pointer is one of them.

I would show up for games when I was in town to watch Ryan coach, and had a chance to talk to Phil a few more times.  His thoughts on media were always sound, smart, and honest.  His work at WTTV-4 and Comcast set him apart among his peers.

He will be missed as a media company leader, and as good company at Cathedral basketball games.