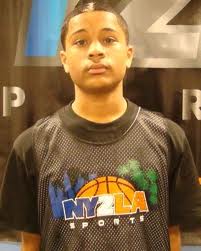 I’m equally mystified why it’s a big deal when a 17 year-old changes his mind and why a coach would offer a scholarship to a 14 year-old.

When I was a senior in high school and found myself more popular than I ever should have been, I asked girls out because it was fun to hear them say yes.  I had no idea whether the girl was a good person or someone I would enjoy spending time with, but the initial “Yes!” was kind of fun for a minute.

Then the actual date came, we had nothing in common, and I couldn’t wait for the night to end.  That phase of my life lasted three weeks.

Indiana Basketball seems to enjoy hearing a kid say yes, so Tom Crean asks as soon as he believes a kid will blossom into a decent player.  The kids and their parents enjoy a coach at a program like Indiana asking, so they say yes.

High school intervenes, a kid changes, the parents become a little more savvy, and the happiness that came with the initial commitment evaporates for both sides.

There were dates I wanted to ask, “What the hell are we doing here?  We are obviously ill-suited for even a movie together.”  Clearly, either Crean decided that Blackmon was no longer a fit, or more likely given his comments, Blackmon has been presented with a better offer or environment for his services.

Blackmon told ESPN’s Dave Telep, “It took me a couple of days [to call],” Blackmon said. “[Crean] said that he wants to coach me. He told me to look around and that IU has to be my last official visit. He wants me at Indiana and he can get me to the next level, and I don’t doubt that. Nothing really happened, but since it’s such a big choice, I’m opening it up. I like IU. I told Coach Crean that I still want to be there, but I want to see what else is out there since I’ve been committed for so long.”

What he told Telep last is a little troubling, “It’s more that what other schools have to offer would have to really change my mind to take IU out of the picture.”

I’m not at all sure what the “what” is that Blackmon might be talking about.  Usually, players and families want to talk about who and where, rather than “what.”  It might have been a high school senior-to-be making a semantic mistake, but it’s a potentially important misstatement.

In the meantime, after having the class full less than three years ago with both Trey Lyles and Blackmon, IU is now 0-for-2, which might be a very good thing.

Crean is certainly prepared to fill a couple of spots after offering 18 seniors-to-be.  He has offers out to players like Dante Exum, Goodluck Okonobo, and Trevon Bluiett, and now two can accept.

The offers to pre-high schoolers is an intriguing strategy because I can’t find anyone who can explain the good it does.  Kids in the 2017 high school class have no inkling who is going to wind up in the class of 2016 or 2018, which means they don’t know behind whom they might be slotted.  The quality and position of the people in the class in front will have a lot to do with how much playing time he might expect as a freshman.

Any sweating by fans over the most recent decommitment is unwarranted.  Crean loves recruiting, and will find two players ready to join the Hoosiers next August.

9 thoughts on “Indiana Basketball – James Blackmon Jr. Decommits, Citing “what other schools have to offer” as Reason”