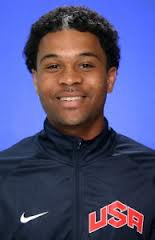 Kids change their minds after three years, and James Blackmon Jr. did that yesterday.

A person’s word is his bond, but there is no way for a 14 year-old to have the vaguest clue what he is promising when he commits to attend a university and play basketball.

There are those who will say that coaches can’t have any idea what kind of player an eighth grader will be when he’s 14, and they are wrong.  There was absolutely a 100% likelihood that, barring injury, Eric Gordon was going to be exactly what he became.  Same was true with Michael Conley and Greg Oden.  The special ones – you can tell.

Coaches offering an eighth grader is only ridiculous because the commitments are so rarely honored, and because the acceptance of the offer puts a target on the kid’s back.

Whether a coach is wise to offer junior high students is a debate for another time.  I tend to find it creepy, but if the early offer gives a coach an advantage, who’s to argue him off that position based upon my threshold for creepy.

The NCAA can’t legislate against early offer/commitments because it would be entirely unenforceable.  What is said between a coach and a player’s family is impossible to prove without someone wearing a wire, and I don’t think treating a kid like a state’s witness in a mob trial is worth catching a coach asking him to attend his university.

Here are the six reasons parents and kids should reject all offers made before a basketball player’s junior season:

#6 – Coaches follow money, and sometimes that means leaving – If you or your son commits to a program four years prior to attending the school, he’s really committing to a coach, and coaches tend to migrate toward cash.  Even Brad Stevens, who I thought would be at Butler for as long as Tony Hinkle was, left for the NBA.  It’s hard to turn down the kind of cash that will keep a family from wanting for four generations, and few ever do.  The chances are better than 50/50 that the coach offering you in 2013 will be gone in 2017 no matter what they tell you.

#5 – A kid needs to establish himself as a human being in high school – Being “the guy who’s going to Indiana” breaks any anonymity he might enjoy.  The train called “Normal Life” is going to pull out of the station soon enough.  No reason to rush things.  High school is tough enough without fame.

#4 – A 14 year-old basketball player worth an offer will be a 17 year-old basketball player worth an offer – If you or your son is offered a scholarship to play basketball before he plays a minute of high school ball, as was the case with James Blackmon, he is going to enjoy a buyer’s market for his services.  Lot’s of programs will covet him, and there is no way to know the best fit when he’s that young.  This is a great time to teach a lesson in being judicious and circumspect.

#3 – Beware the momentary rush of popularity – It’s fun to be wanted.  As a parent, it’s really fun to know that your son is talented enough to be fawned over by the coaches you see on TV, but that attention isn’t a validation; it’s salesmanship.  If you want someone to treat you nicely and laugh at your jokes, go to a car dealer and pretend you’re interested in buying a sports car.  You’ll see the same behavior, only the prize isn’t your child’s future, but a signature on the line which is dotted.  Think of your son as a homecoming queen with a lot of attention as a potential prom date.  He gets to choose one suitor to enjoy for that night.  To what lengths might you go to ensure safety?  Doing the same thing with a coach is the least you can do.

Talk to a few former players, hear the good and bad, and make an informed choice.

#2 – No reason to rush basketball being a job – When a kid plays ball in high school and on a summer team, the goal is to enjoy competing at a great game in the company of good friends.  In college, the dynamic shifts.  John Calipari isn’t paid over $5 million because he’s a hell of a nice guy.  He makes that jack because he can assemble and motivate a team to win, and that means your kid is going to work to the outer limits of his will.  That process doesn’t need to be hurried.  Kids who don’t have the chance to be kids tend to wind up making strange decisions later in life.  As evidence I offer every former child actor whose name is not Ron Howard.

#1 – Adults fawning over a 14 year-old for any reason is just creepy – People are drawn to the oddly talented, regardless of whether that talent is in chess, modeling, singing, basketball, or stacking cups symmetrically.  When the talent is displayed by a young teen, and the acquisition of that talent can help the adults make big coin, the relationship needs to be closely managed by a caring parent who will look out for the best interest of the kid as a human being – not a commodity.  That means sweeping the crowd for predators, and I’m not talking about the weirdos that Chris Matthews baits into homes on NBC’s “To Catch a Predator.”  There is no just reason to accept a scholarship offer that is meaningless for four years.

Let a kid be a kid.  Make sure he knows that being good at basketball is not what defines him, and shun all contact until he is a junior.  That’s a good time for every kid to start assessing college choices.

And as contradictory to the above as this sounds, listen to nothing until a coach offers a scholarship.  Until then, it’s all nonsense.  College basketball is a business – a big business – and the players are pawns within it.  Until a player signs the letter of intent, the power lies with the kid and family.  Afterward, you belong to the coach.

Enjoy the power while you have it.