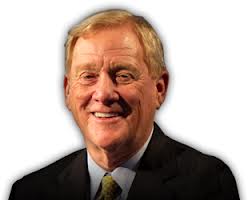 When I saw the post on espn.com that promised to reveal former Indianapolis Colts President Bill Polian’s list for teams he feels have a chance to make the 2013 playoffs, I wondered what he would have to say about his former employers.

I scrolled and scrolled through the Legitimate Contenders, Question Marks, and Risers – 15 teams in all.  I saw the hated New England Patriots as legit, the Baltimore Ravens as a question mark despite an almost entirely replated defense, and the Kansas City Chiefs as a riser despite being 2-14 last season.

That might have something to do with his departure after the 2-14 2011 season, and the way that new general manager Ryan Grigson cut through his roster like a like a rain forest tour guide cutting a path to the Amazon shortly after taking the helm.  Allowing free agents to walk and pushing virtually everyone else out from a team that supposedly sucked because of the unavailability of Peyton Manning – including Manning – should have theoretically made the Colts worse.  Instead, they rose quickly from the dead to go 11-5 and earn a berth in the 2012 playoffs.

Could Polian be angry enough about the fresh wound of being kicked to the curb to omit the Colts from a playoff watch list in favor of a 2-14 team like the Chiefs?  It’s safe to be that he didn’t overlook them, or was unaware of their existence.

How does he justify picking KC?  According to Polian, the Chiefs will benefit from the addition of Alex Smith at quarterback, and their last place schedule.  The last place schedule impacts all of two games on the schedule, and while an upgrade, Smith won’t account for an additional eight wins.

The Chiefs, minus an aberrant 2010 in which they won 10 games, have gone a combined 19-61 since 2006.  They have had the benefit of plenty of schedules that were supposed to give them two winnable games.

Andy Reid has replaced Romeo Crennel, but how does that give them a leg up on winning a wild card spot that might otherwise be claimed by the Colts?

Polian’s math is a little wanting regardless of his love for teams like the Chiefs, Lions, and Panthers..  The post doesn’t boast itself as a list of who Polian believes will go to the playoffs, but to list a total of 15 teams and have nine from the NFC and six from the AFC seems a little odd.

The legacy Polian left as an evaluator of talent in Indianapolis was magnificent through the 2006 draft.  His first three selections of each of his final five drafts were not nearly as strong:

Of those picks, four (in bold) are still with the Colts.  That can’t all be blamed on Polian.  Several cuts came because of the scheme, and a few others due to injury, but moving up in the second round of the 2007 draft to take Tony Ugoh cost the Colts a first rounder in 2008 that could have been used on a player like Ray Rice, Matt Forte, or DeSean Jackson.

No one enjoys being fired, but I’m not sure what else could explain the Colts being lumped in the bottom 17.