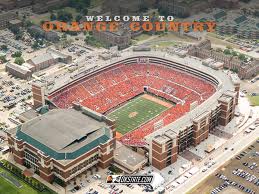 Oklahoma State Football is like American banks six years ago – too big to fail.

If the story about academic fraud published in Sports Illustrated’s website today didn’t specifically mention Oklahoma State football, I would have no idea what school they might be talking about because it exists almost everywhere.

Tutors completing assignments is hardly a rare occurrence.  Shadow classes.  Professors being cajoled into helping an intellectually incapable kid pass a class is commonplace because why the hell shouldn’t it happen.  There are some highly ranked recruits who use a university’s football program as the farm system participant that it is, and where is the damage if the kid who doesn’t understand why Hester Prynne felt ostracized, what an ionic bond is, or how an indefinite integration can be reversed by a differentiation, continues his football career by turning his academic record into a charade?

By the way, I have no inkling what an “indefinite integration” is, or what possible good knowing might do me.  Recalling one of the principles of calculus makes my brain ache.

The problem with the pieces in Sports Illustrated is that they fall into the “duh” bin.

Yes, players get paid to play.  Cash is passed out all over the country.  There are restaurants, bars, and strip clubs that comp these “amateurs”.  And they should be paid.  Players create value, and our entire economic system is built upon the principle of value = cash.  Agents do deals with kids long before they are allowed to.  How do we know, other than the anecdotes told to us by athletes and coaches off the record?  Because wouldn’t you?  If you were a football player without a pot to piss in, and an agent said, “Look, here’s a wad of cash, and I’m going to keep giving you wads of cash anytime you ask as an advance against my take once you are a pro, you would take it.  Why wouldn’t you?  Fear of getting caught?  The NCAA can try to stop it.  The individual schools can try to stop it.  The market will continue to win, because it always has and always will.

Yes, recruits are having sex with female students.  There is a lot of sex going on in the dorms, frats, and sororities of every college campus in America, except Brigham Young, where that kind of thing is frowned upon.  How can it be stopped?  Why should it be stopped?  Sure, sex in exchange for a signature on a letter of intent is nothing more than prostitution, but is there a difference between that and buying some lady an expensive dinner, paying attention to her inane and pointless theories on life, and watching her slurp margaritas until she gets “that look” in her eyes?

Tomorrow’s story in Sports Illustrated is about the drugs that are a sad part of the collegiate experience for football players at Oklahoma State.  My God, do you mean athletes are getting stoned?  In College!  How did Sports Illustrated managed to get a hold of people willing to admit getting high in college?  That coaches looked the other way isn’t hard to believe either.  Are they really supposed to run 19 year-old kids off the team for observing International Bong Time?

The more I read the Sports Illustrated pieces, the more I ask, “So what?”  I’m sure NCAA investigators will head down to Stillwater to talk with Mike Gundy and his staff, and they will probably head over to Baton Rouge to talk to former Oklahoma State coach Les Miles, who probably is smiling less this week.  They won’t find much because no one will tell them the truth, and the whole mess will die a quiet death.

The NCAA is in no position to flex muscles it possesses only at the pleasure of the universities that comprise its membership.  The members enjoy the setup for football exactly like it is, and if the flap over the Cowboys program threatens to spill to other programs, college football could be ruined.  That is unacceptable.

Least hypocritical of the options is for the NCAA and the major conference programs to admit that what fans are watching is – and has been forever – minor league football.  The kids play on the campuses where we used to go to school, but their experiences as students is so far from a normal dopey 19 year-old that any similarity is coincidental and soon to be corrected.  The other honest option is an abandonment of athletics, much as the University of Chicago did in 1946.  Neither are possible.

The most likely outcome is that the NCAA makes a show of an investigation while uncovering nothing because the truth will not only bring a death penalty to Oklahoma State, but ruin significant cash flow to the university and area businesses.  The NCAA will declare the former OSU athletes unreliable witnesses, and move on with a slightly less brave face.

In the end, Oklahoma State is just too big to fail for doing a little less intelligently what is going on with dozens of other college football and basketball programs.

It would be great if someone told the truth here and was then held accountable for it, but when has that ever happened?