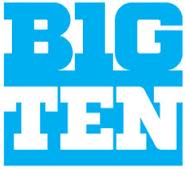 [Editor’s note – This was posted as a comment by someone identified as BIG20, and presents an interesting perspective on conference realignment.  What I like best is the writing style that is sort of like listening to a guy talk sports in a bar.  He argues with himself a bit, and although I don’t really agree with too much, the perspective and execution is interesting enough to share.]

If we are talking about BIG expanding to 20 schools, the conceivable targets include: Virginia, UNC, Duke, Georgia Tech, Clemson, Florida State, Notre Dame, Missouri, Kansas, Oklahoma, Texas, Vandy, BC, Syracuse, Florida, Iowa State, and UConn. I added some I don’t really believe in to make some people happy. So lets cut it down.

We all know the BIG 3 rules to expanding, contiguous, AAU, and media markets. Let’s add the unspoken considerations of research dollars, large alumni base, cultural fit, avoiding hitting the same market twice, the exceptions of huge football brands, and being Notre Dame. Let’s also consider that the ACC is more likely to stand than the Big 12, and people don’t leave the SEC lightly. Now lets begin cutting down the list.

The AAU schools include: Texas, Virginia, Kansas, UNC, Duke, Georgia Tech, Iowa State, Missouri, Florida, and Vandy. Well that’s 10 right there! But hold on. Iowa State doubles a market, so its off, Duke and UNC double each other, UNC is preferable so Duke is off. Texas, Florida, and Georgia Tech, aren’t contiguous even considering those others so their off and we are left with five. Virginia, Kansas, UNC, Missouri and Vandy. But would Vandy ever leave the SEC? No… Would Missouri? Yes! Why? its a lateral move, except they can compete easier for now, love the culture match better, and as we’ll see, have closer rivalries than with the SEC.  The trouble seems to be the BIG not giving them an offer.

Would UNC ever leave the ACC?  Odds are against it.  UNC and ACC seem like they’re glued together, and if the Big 12 falls then the ACC won’t, and if the ACC isn’t gonna fall its not gonna give up one of its linchpin members.

Would Virginia leave the ACC? the odds are better there, and if the price is right the BIG could nab anyone they want really, and Virginia’s research dollars and recruit homeland is just what the BIG wants. Would Kansas leave the Big 12?  Yes. But, lets say our list ends with one guarantee and two maybes, Kansas, and then Missouri and Virginia.

Now lets take a look at some of those huge football programs: Clemson, Florida State, Florida, Notre Dame, Texas, and Oklahoma. Clemson has good football now, has new markets, would potentially be contiguous, but doesn’t fit with AAU, or culturally, the odds are against this add.

Once again Florida and Florida State are not contiguous, but hold on. Florida is an AAU, new markets, all things considered there’s a lot to offer, but unless Florida doesn’t like their fit in the SEC anymore, this won’t happen.

Florida State is not AAU, but could be if the effort is put in. Notre Dame has everything BIG wants except the research dollars, the AAU membership, and the new markets, but it is a national brand, and meets one of our exceptions. Would ND join?  Odds are no, not unless the ACC falls or ND is forced into a full membership to sit at the “big kids table” and decides on the BIG over ACC. But here’s the thing, they will be forced to a full membership somewhere, and I believe its a 50/50 shot between BIG and ACC when it comes down to it, so let’s list them as a maybe.

Oklahoma is now contiguous, still doesn’t meet the academics, but is a national brand, would upgrade the football quality and more. Would OK leave the Big 12?  Odds are better than you might think; they know they world is changing and bringing along OK State isn’t possible anymore, the only other rivalry the can’t live without is with Texas, and lets see. With the possible add here Texas is now contiguous! and oh yeah! AAU member, huge media markets, obviously the BIG wants them.

Would Texas leave the BIG 12?  Again, the odds are better than you might think, but lets go with the nay-sayers for a second. Alright fine, Texas won’t leave the Big 12. Well luckily, Texas is the Big 12. And if it means going to a conference which has rivals OU, Kansas, Nebraska, and Missouri again they might just feel more like home again. I do understand that politics with those other Texas universities cause problems, but politics is run by smart (supposedly) people. And anyone smart knows that times are changing, and that it will come to the point, at sometime, that the state of Texas will LOSE money comparatively if they keep packaging Texas schools together, which no conference will accept. Texas will be allowed to leave, must leave.  Texas won’t be allowed to take the the LHN with them to any new conference, and the BIG will be their best fit. So lets put down OU and Texas as guarantees and ND as a maybe.

Any schools I’ve missed? BC, UConn, and Syracuse. All of three of these schools double up on the NY market the BIG supposedly had a hold on. None of them are AAU, none are huge football schools, they do not seem to be real considerations.  Sure BC adds Boston, sure UConn and Syracuse are good at basketball, but these are all unlikely. Would they leave their respective conferences for the BIG?  Yes, but they won’t get offers. Best shot is UConn, but its not Contiguous, (although the mileage between UConn and Rutgers is far less between many other distances in the current BIG.

It seems we have ended with Oklahoma, Texas, and Kansas as sure picks, and Notre Dame, Missouri, and Virginia as maybes. Odd that makes 20.

If some things go different ways, the BIG still will get to 20, and listed are the only schools under consideration. Sure if the ACC is the one that falls, the BIG may go straight down the east coast, or maybe they stand pat at 16 with Kansas and UConn for all I know. I’ve said what I can, but lets be sure of this much, four super conferences are coming, not five. The BIG, SEC and PAC aren’t going anywhere. Notre Dame will have to pick a conference.

Money is key. And Grant of Rights are just exit fees.