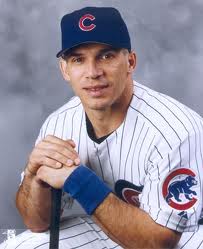 Loving the Cubs, and agreeing to work for them are two different things. Wrigley is where managerial careers go to die.

Can you imagine a world where a manager like Joe Girardi given a choice between managing the New York Yankees and the Chicago Cubs?  He can’t either.

The delusions of mediocrity that invade the consciousness of Cubs fans every once in awhile, and visions of Girardi in Cubbie blue have provided the illusion of hope once again.

Why would Girardi believe that the Cubs would change course from their habit of annually purging the roster of decent talent?

Choosing to trust the Cubs is like believing that Warren Buffett wants to pay insurance settlements.  Cubs owner Tom Ricketts stood in Wrigley Field and told the media that if Chicago approved his plans for the Wrigley Field renovation that the Cubs would win a championship.  While a prediction does not quite measure to the level of a bald faced lie, I would challenge Ricketts to put some money where his mouth is.  I’ll give him seven years to win that guaranteed championship.  If he does, I write a check for $10K to his favorite charity.  If they don’t, Ricketts guarantees me two box seats to every game until either he or I dies – with free concessions.

Click here to make the best dentist in Indiana your dentist

Weeks later, Ricketts sunk to a new low by threatening to move the Cubs from Wrigley if the renovations weren’t approved.  This does rise to the level of a lie.  There is no way that Ricketts would abandon Wrigley Field – the only reason fans continue to show up to watch the Cubs.

Wait a minute, you’re thinking, is Kent trying to tell us that fans aren’t buying tickets to watch Donnie Murphy, Nate Schierholtz, and Darwin Barney play baseball?  Hard to believe, but yes.  Ninety-nine percent of the Cubs fans in Chicago couldn’t pick Murphy out of a lineup.  If not for Jeff Samardzija’s hair, all of the Cubs could dance in the middle of the intersection at Clark, Barry, and Halsted and not draw a crowd.

Wrigley Field is such a wonderful and nostalgic place that the Cubs don’t need to win to draw fans, so why spend the money and effort to acquire and develop them?

That’s why Girardi is going to stay put in New York.  The Cubs want him for the marketing help his picture on a billboard will provide, but Girardi wants to win.  Not sharing the same goals with management is the best reason not to accept a job, regardless of what it is.