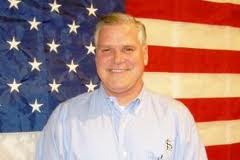 Dan Farrell is in charge of the details that go into a positive fan experience at Busch Stadium, and he’s as good at that as the Cardinals are on the field.

The St. Louis Cardinals do it right.  What do they do right?  Everything.

From the front office to the vendors to hitting the cut-off man to supporting teammates, the Cardinals are a team and business that works hard everyday to treat St. Louis fans to the baseball and with the respect they deserve.

During my two years in St. Louis, I watched a ton of Cardinals games, and got to know a couple of people in the Cardinals front office.  The baseball was the kind that I had dreamed of watching since I was a kid in the northern suburbs of Chicago running home from school to see the last two innings of Cubs home games on WGN.  The front office guys were so humble and decent that I felt good about buying season tickets to 20 games.

“The Cardinal Way” is the relentlessly evolving codes by which the Cardinals play the game from those in the low minors to the major leaguers.  All aspects of baseball are taught the same way to everyone, and the execution becomes flawless by the time players move through the system to St. Louis.

No one has to learn anything on the fly, and while there are occasional errors, the mental lapses are few and far between.

The Cardinals have a specific culture that has been honed for decades, and has resulted is players being supportive, relaxed, and appreciative of where they are.  The 2013 Cardinals are a special team, just like the teams in 2011 and 2012 were.  The trust felt by the members of that family provides the calm needed to excel in the most trying times.

Again and again and again, the Cardinals have risen to the level of their challenge.  Whether it was Lance Berkman and David Freese in Game Six of the 2011 World Series, Pete Kozma and Daniel Descalso in Washington in 2012, or Adam Wainwright last night, the Cardinals find a way to dig deep and produce the performances needed to survive.

The core of the team has remained the same, but others have moved through their year or years with the Cardinals, having the time of their lives and the best results of their careers.  The young pitchers just keep reporting for duty and succeeding.

Michael Wacha, Carlos Martinez, and Trevor Rosenthal combined to dominate the Pirates in a must-win Game Four in Pittsburgh.  None were on the team in 2011, and this year’s rotation of Wainwright, Lance Lynn, Shelby Miller, Michael Wacha, and Joe Kelly represents a complete turnover from that which won it all in 2011.

The bullpen has almost completely turned over with Fernando Salas as the only holdover.

The Cardinals are exactly what every team in baseball would like to be, but for whatever reason can’t.  Before this season, Matt Carpenter had never played second base.  Three months after his debut there, he was an all star.

That’s what the Cardinals do.  They behave with confidence because they know success.  That goes for the players, coaches, and front office.

Including last night’s win, the Cardinals have produced 54 postseason wins since 2000.  Next best in the National League is the San Francisco Giants with 34.  That consistency is a model and provides a goal for every other team in baseball – particularly those in small markets.

Dan Farrell, Ron Waterman, and Craig Unger are guys I met and got to know a little bit while in St. Louis.  Dan is the Senior Vice President, Sales and Marketing, and is as humble an executive as there is in professional sports.  In a depressed economy that has hit St. Louis particularly hard, Dan’s team continues to fill Busch Stadium with fans.  Winning is a definite help, but the way the Cardinals treat their customers inspires the loyalty so many teams can’t access.

His work with 101ESPN as we brought ESPN’s Mike & Mike to St. Louis for the home opener revealed exactly the kind of partner every broadcaster wants to work with.

I asked Ron Watermon, Director of Public Relations & Civic Affairs, to lunch because there was a guy in the media relations department who was giving our staff a hard time.  What I found was a great guy who was more interested in talking about my son’s attempt to do what he had done than in talking about himself.  Ron turned his law degree into a great job in sports, which is something my son may attempt after getting his law degree in a couple of years.  Ron took the time to talk to Ryan about law school and life.  It was a generous gesture that was emblematic of “The Cardinal Way.”

I met Craig Unger late during my stay in St. Louis.  He coordinates the radio broadcast for Cardinals baseball, and for obvious reasons, I wanted to work with both Craig and the Cardinals.  There are a lot of people in a similar position in professional sports who carry themselves as though they are kings and queens of the universe.  Like everyone else with the Cardinals, Craig exuded decency and honesty.

As you watch the Cardinals play the Dodgers in the NLCS beginning tomorrow in St. Louis, know that if you back the Cardinals, you back a team and organization that does everything right.  If they didn’t, I would say so, as I do with the Cubs.

The Cardinals are worthy of your fandom.  From Wainwright to Ferrell to Watermon to Unger to receptionist Marilyn Mathews, they earn it in every way.

You wonder how a lifelong Cubs fan can wear a Cardinals hat?  The answers are in the on and off-field work being done at Clark and 8th.

2 thoughts on “St. Louis Cardinals vs. Los Angeles Dodgers – Some Context that Will Give You Reason to Root for Cards”