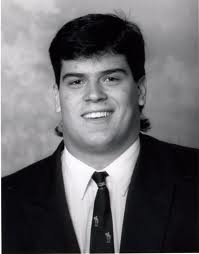 The Indianapolis Colts entered the season hoping that running backs Ahmad Bradshaw and Vick Ballard would share the load in the backfield, and tight end Dwayne Allen would be a force as a receiver in his second year.

Who could have imagined that the two-headed monster carrying the Colts running game would would be Trent Richardson and Donald Brown, a guy who appeared destined to be cut during camp?  Allen has been replaced by Coby Fleener, who is growing into the role of starting tight end.

And now, future hall of famer Reggie Wayne is getting an MRI this morning to determine the extent of the knee injury he suffered last night in the fourth quarter.  Center Samson Satele didn’t finish the either, and several other Colts left the game with a variety of injuries.

That’s potentially a lot of weapons for Colts GM Ryan Grigson to replace.  Reconfiguring the roster is usually done through the draft, but his work in the year and a half since succeeding Bill Polian as the chief architect has been relentlessly out of necessity.

That’s more trades than many GMs make in a career.  The NFL isn’t like Major League Baseball, where trades occur frequently.

The toughest challenge will be providing quarterback Andrew Luck with a replacement security blanket.  Wayne was good for an automatic minimum of three catches per game.  He owns the record for consecutive games with three catches – 71.  He is also third all-time in consecutive starts by a wide receiver with 189.  When times were tough, Luck has always been able to look for #87.

It’s not just a matter of replacing Wayne’s precise feet and down pillow soft hands, but the leadership, calm, and sense of purpose Wayne brings to the team.  They can go next man up, and line up LaVon Brazill in the slot with T.Y.Hilton and Darrius Heyward-Bey wide, or they can talk to free agents like Laurent Robinson or Devery Henderson who are looking for one more shot.  Grigson might target someone for a trade, but there are fewer and fewer assets at his disposal because of previous deals.

Grigson has shown that he’s all in for this year, and with the bye week coinciding with the October 29th trade deadline, the timing is right for Grigson to make yet another deal to buffet his receiving corp and offensive line.

The Colts appear to be on the precipice of something very special.  They have shown an ability to be the NFL’s very best at home, and with a two game lead over the Tennessee Titans and three game advantage over the Houston Texans, an AFC South Championship is a split against those two rivals away from reality.

Without Sam Bradford, the Rams will be easy prey on November 10, and the season ending tilt at Lucas Oil Stadium between the Colts and Jaguars would seem to be low hanging fruit for the Horseshoes.  Those wins combined with the splits would give the Colts nine wins without talking about the road games against the Cardinals, Bengals, or Chiefs or considering the possibility that they might sweep the Texans and Titans.

Every game for which Luck is healthy is winnable for the Colts, and that means a chance to advance in the playoffs.  After beating the two favorites to reach the Super Bowl at home during the past three weeks, the Colts might be one more trade away from greatness.

Grigson likes to pull the trigger.  If the MRI on Wayne reveals a season-ending tear, the phones of NFL GMs are going to start ringing.  A third or fourth round pick for a third wideout or center is likely to sound pretty good to a team looking to rebuild.

With Bradford out for the year, and the Rams up to their eyeballs in receivers, Les Snead might be a pretty good guy to call first.