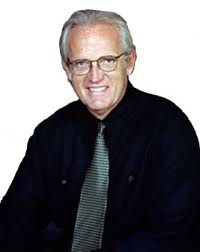 Lester Munson is more likely to be right than almost anyone in the media.

The question of when the fruits of the Theo Epstein regime will begin to bear fruit is beginning to be asked somewhere other than kentsterling.com, and that’s a good thing.  The pass Epstein has gotten based upon nothing more than his ability to deconstruct a team whose roster had been loaded with bloated contracts for mediocre players has expired.

All those contracts are gone now – although the Cubs are still on the hook for most of the final year of Alfonso Soriano’s ludicrous deal – having been replaced by players with no chance to compete in the National League Central.  Meanwhile the ticket prices for Cubs games remained the third highest in baseball in 2013, according to fancostexperience.com.

There are people in the media who watch, read, and listen to the media to figure out what they believe.  ESPN legal Analyst Lester Munson is not among them.  Munson is an original thinking attorney who has his own filters to determine crap from the real deal.  More importantly, he’s a Chicagoan who has seen political and business gamesmanship up close for decades.  I’m not sure that any man alive is smart enough to make Munson his fool, so when he joined us on 1070 the Fan to talk about Jameis Winston and the Alex Rodriguez arbitration hearing, I had to ask for his perspective on the Theo Epstein rebuild.

In my opinion, Cubs owner Tom Ricketts made a grave error in issuing the hollow threat to move from Wrigley Field, and given Munson’s perfectly true nonsense meter I was riveted to hear his perspective about that too.

You always get original and pure perspective from Munson, and his thoughts about the Cubs and Ricketts aren’t quite as cynical as mine, but he speaks his mind – a trait I wish more Chicagoans shared as they nest in the laps of both Ricketts and Epstein.