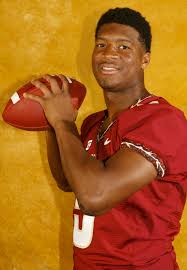 It took a year to fully investigate the allegations against Jameis Winston. Heisman voters will have to decide whether to vote for him will take less time.

People in the media are fond of invoking the phrase “Innocent until proven guilty” in describing the reason they support Jameis Winston’s Heisman candidacy.

That burden of evaluating evidence and rendering a decision is for a jury to use in a court of law, not Heisman voters deciding for whom to vote as the best college football player in America.  Heisman voters only need to vote their conscience, and they can use whatever criteria they like to decide whether they believe Winston or Winston’s accuser.

Willie Meggs is the state attorney whose office made the determination to not file charges said, “We evaluated the evidence, and we have a standard that we are required to go by of we should not file a case or charge someone with a crime – any crime – unless we can be assured in our minds that we have a reasonable likelihood of a conviction, and in this case we just didn’t feel like that we would have a – with all of the facts as they rolled out – that we would be able to obtain a conviction.”

What Meggs did not say, and what prosecutors almost never say, is that he believes Winston to be innocent.  The belief is that given the evidence, it would be difficult to convince a jury of his guilt.

Jameis Winston and his accuser are the only people who know what happened on December 7, 2012, and a trial would never change that.  The verdict would only represent the collective opinion the jury formed based upon the evidence as it was presented.  Innocent people go to jail, and the guilty walk.  The system is imperfect, and linking a lack of indictment with innocence is absurd.

I would leave Winston off my ballot because voting for a man who committed sexual assault would haunt me, and it’s impossible to know whether Winston is innocent.  Do I know for a fact that Winston’s accuser told the truth?  No.  Do I believe that he committed a crime?  I am unsure.  What I do know is something was rotten in the initial investigation.  The police did not act as zealous advocates for the accuser, and because of that I would abstain completely from the process.

In the absence of knowing the truth, I err on the side of never allowing a person suspected of being a rapist a place of honor.  The unfairness that might represent is outweighed by the compassion for a victim who has seen her life completely disrupted by her decision to report the incident – whatever that incident might have been.

My tendency is to believe the story of the person who told the more difficult truth, and in this case that position is claimed by the accuser.  The accused, Winston, refused to talk to investigators.  That decision makes every bit of legal sense.  No competant attorney would allow a client to talk when prosecutors haven’t got the evidence needed to bring charges in a he said/she said investigation.

Winston’s reward for telling the truth is a Heisman Trophy.  The accuser is now a former Florida State student whose life is in turmoil.  She stood to gain nothing, and lost everything.  The path her life was taking has been forever altered.  It could be that her claims were spurious, and that the sex was consensual.  We didn’t know yesterday, and we won’t know tomorrow.

The decision to not charge Winston should not be confused with exonerating him.  It changes nothing, and to suggest the decision equates to a proof of innocence reveals a lapse of knowledge in how the legal system operates, and what guilty and not guilty mean.

Whether Winston should win the Heisman is a matter for the conscience of each voter to determine, just as it was yesterday.  Today’s announcement is meaningful only in that the state attorney decided a case before a jury couldn’t be won, not in whether a vote for Winston is morally justified.