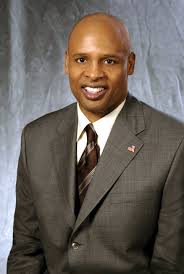 Clark Kellogg isn’t just great at what he does, he sets a standard for decency in a profession that needs a serious infusion of it.

At the Indiana Pacers event yesterday at Stout Air Force Base, I spent a little time with Vice President of Player Relations Clark Kellogg.  It’s easy to gravitate toward Kellogg because he is a welcoming and insightful guy.

You can do a lot worse than choose Kellogg to spend a couple of minutes with.  Genuinely nice people should always be targets for conversation at social events, and Kellogg is one of the all-time nicest guys in media and sports.

We spent a couple of minutes talking about media, and he said something that is absolutely true but doesn’t happen very often.  People need to treat each other well, and so often they don’t.

Working in media is tough.  The evaluation of employees is almost entirely subjective, and the fear in the halls at media companies can motivate jealousy, suspicion, and the manifestations of bad behavior that can result.

Kellogg said the answer for dealing with it for him is “to treat people well.”  What a great profession working in the media could be if everyone held Kellogg’s view.

Media is a tough gig because it’s not simply the quality of the work of each individual that forges the opinion of management, but the way the personalities of the talent fit together to form a cohesive unit – a brand – that reflects a single coherent thought or mission.

Excellent talent can be dismissed or rejected because they don’t fit that mission, while others no better are welcomed and rewarded.  That lack of tangible criteria makes it difficult to feel great confidence in your ability to provide consistently for a family, send kids to college, and buy a nice Christmas gift for your husband or wife.

That’s also why working in media management can be so tough.  Knowing that you are forcing a person to tell family members that they lost his or her job without a reason other than a subjective sense of fit is why managers look very tired most of the time.  It’s tough to get a good night sleep when people are going to lose their jobs through no fault of their own.

And that is why Kellogg’s words resonated with me yesterday.  The very least members of the media should provide one another is sincere empathy and generosity in spirit, and so often we fall short.

I wish everyone felt like Kellogg does, and they should.  Being a pain in the ass with peers doesn’t make a person, station, or medium better.  It doesn’t improve sleep.  It does nothing but make firing the person causing the pain a little easier.

There are a million great excuses for insecurity within those who create content for a media outlet.  The impulse is to allow that insecurity to motivate behavior.  It’s human nature.

That makes Kellogg’s counsel all the more important because the uncertainty of continued employment as companies reward managers who continue to strive for increased efficiency make being a considerate human being difficult and therefore rare.

Failure of others does nothing to guarantee the success of others, so why not treat each other with warmth and decency?

Emmis Communications has eleven commandments that govern its culture, and the sixth is, “Don’t underprice yourself or your medium – don’t attack the industry, build it up.”  That should hold true for co-workers and peers.

Regardless of what company or delivery system another person serves, treating him or her with respect is going to do nothing to diminish your position.  Everyone wants to be able to earn a living, but selling your core principles as you do it makes the paychecks a hollow bounty.

Embrace your peers.  Help each other do great work.  Support one another.

The effort to succeed doesn’t require being an ass, and anyone who has been in media for any length of time knows that eventually the bad people get gassed just as quickly as the good.  Given a lack of reward for being a jerk, why not treat each other well?