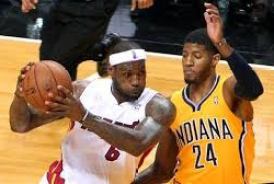 Close calls have been a part of baseball for over a century, but now those calls will result in a two-plus minute delay, if yesterday’s test is any indication.

The first test of the new replay system for Major League Baseball was a disaster.  An already slow game was halted for more than 4 1/2 minutes as two plays at first base were challenged – and upheld.

Whoever designed this system has no interest in efficiency, which is not surprising as baseball has retained all of its quaint ploddingness while taking itself much more seriously each decade.  The result of batters stepping out between every pitch and other game slowing strategies has been games that routinely last more than three hours.

Here is how the replay system works – umpires are alerted to a challenge by the manager.  Two umpires saunter over to an area outside one of the dugouts, put on headset mics to explain the challenge and wait for the review.  When the review is completed, the result is communicated via the headphones to the two umpires.

Unnecessary delays are nothing new in professional sports.  The NFL’s replay protocol is, if anything, goofier than baseball’s.  The referee toddles to a replay booth located on one of the 20 yard lines to watch the replay himself.  This occurs despite a booth filled with official types in a press box suite who review each and every play during the game themselves.  Many times, they know the result before the ref gets to the booth, but the ref needs to look at the same footage again and again to confirm what everyone in the press box and at home has already known for at least a minute.

Why these officials can’t be fitted with IFBs earpieces that use bluetooth technology to send and receive audio is a mystery.  At arenas all over the country, team employees wear IFBs to give and receive instructions.  The Secret Service uses them to protect the president.  Umpires and refs can’t?  Thousands of fans wear bluetooth activated phones as they watch NFL or MLB games.  When there is a bad call, they call a friend and ask whether it was a good or bad call.  That system works better than football or baseball’s.

That’s right, some fan is section 306 knows what’s going on long before the people paid to adjudicate game action.

Here is the way replay reviews should be conducted everywhere –

From steps 3-7, the time elapsed should never exceed 30 seconds.

I tried on a pair of Google Glasses at the NFL Combine, and I could view a high def video of anything I could imagine in mere seconds.  The gadget costs $1,500.  NFL referees need to walk 80 yards to a booth to watch a TV under a hood?

This all assumes that replay is necessary or desired.  Whether a team wins or loses is one of the least important elements of our lives.  Even if we love a team, life goes on.  As a Cubs fan, my heart still sinks when I see a replay of Moises Alou being prevented from catching a fly ball in foul territory with one out in the eighth inning of Game Six of the 2003 NLCS by the green turtleneck clad fan whose name I will not utter, but did my life change in any substantial way.

Making a correct call is not brain surgery.  Mistakes are not punished by the death of victims.  For decades, human beings made the best calls they could, and fans loved the games.  But if replay to confirm the work of humans must exist, the very least that could be done is to speed up an accurate review.  I could convene a blue ribbon panel of fans from my neighborhood and come up with a much better protocol in an hour over a couple of beers, and guys with advanced degrees in $4,000 suits came up with “walk over to two pairs of headphones and wait for two minutes.”

Adding an additional two-plus minutes every time a call is close enough to be challenged is not just wasteful, it reflects a laziness in design that is worse than the problem it’s designed to solve.

2 thoughts on “Baseball’s Replay System – Antiquated and Plodding, Much Like the Game Itself”