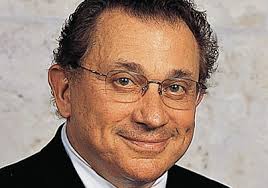 Pacers owner deserves the $160M over ten years and the thanks of a city that would be markedly different without him.

The details are arduous to plow through, and the clauses dealing with the potential death of team owner Herb Simon a little darkly pragmatic, but the important takeaway from the deal between the Pacers and Capital Improvement Board is that come hell, high water, or financial collapse, the Indiana Pacers will be tenants at Bankers Life Fieldhouse for at least the next ten years.

In many cities, taxpayers would carp about $160 million in public funds to support a private business, but Hoosiers have seen first hand the enormous positive effects of major league franchises in ways people in other cities might miss.’

Without the Pacers, Indianapolis Colts, and offerings made possible by their presence, this city would have scant little to offer tourists.  Anyone who has witnessed the evolution of the Indianapolis downtown area that has occurred over the last two decades would be crestfallen to see a decline along a similar trek.

There are many midwestern cities without a vibrant destination downtown, and 20 years ago Indy was among them.  To get an idea of what downtown was, take away almost every hotel, bar, or restaurant but the Hyatt, Canterbury, Ike & Jonesy’s, St. Elmo’s, and the Slippery Noodle.  Replace Lucas Oil Stadium with the comparatively tiny and inefficient Hoosier Dome, and raze the Fieldhouse in favor of the suite-less and amenity free Market Square Arena.  Circle Center Mall?  Gone.  Victory Field?  No idea what used to occupy that space.

India-no-place, Nap-town, or whatever derisive nickname you preferred, the downtown area earned it.

With the integration of the Pacers and Colts new arenas, the number of nights the venues are used leap forward, and instead of downtown being a place to be on Pacers and Colts game days and nights only – the Super Bowl, Big Ten Football Championship, Big Ten Basketball Tournaments, NCAA Regionals and Final Fours, conventions that can now be accommodated by the expansion that included Lucas Oil Stadium, and much more are magnets for visitors with thick wallets and opulent expense accounts.

Now, downtown is a cool enough place to be that apartment buildings and condos are popping up along the canal, on the near north side, and adjacent to where Market Square Arena played host to Elvis Presley’s last show in 1977.

That renaissance began with a vision of being a major league sports town, and other cities are well aware of the financial magic an NBA team can bring.  Louisville, St. Louis, Columbus, Nashville, Kansas City, and Omaha would love to roll out the red carpet for the Pacers – once again a premier NBA franchise expected to make a deep playoff run for years to come.

It may seem silly for a city to write a check for $16 million per year to a billionaire who now turns a profit with his team and has seen significant recent appreciation of the franchise’s value over the past few years from $325 million to $475 million.  Simon doesn’t need what amounts to tip money, but that doesn’t mean he doesn’t deserve it.

In fact, Indianapolis got off cheap – really cheap – compared to the deal a rival city might have put together to motivate Simon to move the Pacers.

This is a thought that deserves its own post, but try to imagine what Indianapolis would be without the good fortune of Mel Simon being assigned to Fort Benjamin Harrison while in the military.  Mel brought brother Herb here, and Simon Malls became a financial driver for the community.  There is no doubt the Pacers would have moved in the early 1980s if not being rescued by the Simons.  If the Pacers moved, Bob Irsay might have seen Indy as a city in recession, and chosen Phoenix as the new home of the Colts.  No Pacers, no Colts, and Indianapolis is Omaha.

It’s said correctly that every professional golfer should write a check to Arnold Palmer for the explosion of wealth his dynamic presence brought to the PGA Tour in the 1960s.  The same is true more recently of Tiger Woods.  The City of Indianapolis should view the Simons in the same way.  If Herb Simon wants a token or the taxpayers appreciation, it has been well-earned many, many times over.

An average of $16 million per year for 10 years is a small token of the respect and thanks Simon is owed by the city and everyone in it.

8 thoughts on “Indiana Pacers and CIB reach deal to stay at least through 2024; owner Herb Simon deserves every penny with our thanks”