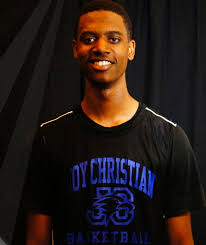 Jeremiah April committed to Indiana, and now Indiana needs to commit to him – to hang some muscle on his frame, according to his coach.

With apologies to Paul Simon, “April Come, He Will.”

Seven-footers don’t last until the spring of their senior years very often unless there is something amiss, but Jeremiah April’s high school coach Jai Steadman feels good about the player and kid who committed to the Hoosiers yesterday.

Jeremiah April is a seven-footer from an Arizona prep school whose coach likes him a lot.  In an interview today on “Ahead of the Curve” with Chris Hagan and me, Steadman said April needs to add some bulk to his frame and rebound a little bit better, but overall he’s a great kid and potentially a contributor.

That leave two scholarships left in this class, and two more to give.  Joshua Cunningham of Morgan Park, Illinois, is a 6’7″ power forward with offers from Indiana, South Carolina, Iowa State, Minnesota, and Oklahoma who will announce his school next week.  He’s one of three members of the ESPN 100 to remain uncommitted this long, and the only one  being targeted by Indiana.

Indiana was in on the late recruiting for Augusta, Georgia, wing Ahmed Hill, but as expected after his recommitment from Marquette, he will follow Buzz Williams to Virginia Tech.

Tom Crean needs size, and whether strength and conditioning coach Je’Ney Jackson can get April’s body ready for the rigors of the 2015 Big Ten season will be a big part of the equation as the Hoosiers try to rebound from a tournament-less  2014.

“Great character guy” and “he qualified” were two points of emphasis.  Fans hope he can catch, shoot, and rebound too.

7 thoughts on “Indiana Basketball – Seven-footer Jeremiah April commits; his HS coach talks about whether he can contribute”