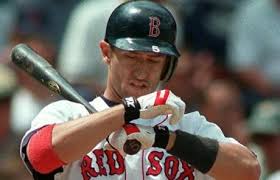 The Red Sox are the slowest team in baseball, but they certainly aren’t alone in grinding the national pastime to a near halt.

Americans like to think we are pretty damn smart and savvy, but the World Cup showed that sports fans from everywhere but America are geniuses in comparison.

Soccer is not the most exciting gamete watch.  The ball spends much more time in the middle of the field than near the goals, and yesterday’s 1-0 World Cup final win for Germany over Argentina showed that the thrill of scoring is doled out sparingly.  Still, one billion people watched the game, and many of them were Americans.

Why would that many people invest their time and energy to watch a game between two countries most Americans couldn’t point to in a globe?  Because the interruptions are limited to halftime, and the whole deal is over in under two hours.

Compare that to baseball – a laconic and plodding game that has morphed from a pace that kept games to manageable lengths that did not kill an entire day to bloated affairs where individual at-bats can stretch to an absurd four or five minutes.  The time between pitches allow for distraction and a general malaise that allows for fans to lose their train of thought.

Soccer games force consistent attentiveness, and a sense of community among fans.  Baseball compels total disconnection antil a loud crack of the bat redirects our eyes to something that has happened, even if it’s as mundane as a can of corn flyable to center.

Back in the late 1980s and 1990s, games routinely clocked in at a brisk 2:30 or less.  Today’s average is just over three hours.  The reasons are many – 41 minutes of commercial time for a nationally broadcast game, hitters incessantly adjusting their batting gloves, pitchers taking their sweet ass time receiving the ball from catchers, and an overall lack of urgency in movement by players.

Major League Baseball doesn’t believe that there is a problem, and in the short term, there isn’t one.  The lack of action to curb the inane posturing by hitters like Johnny Gomes who averages 11.62 seconds between the delivery of a pitch and readying himself for the next offering is driven by cash.  The longer fans are in the ballpark, the more they spend on concessions.

When Major League Baseball issued an edict that beer sales be stopped after the seventh inning, that cut into there cash.  But with games extended by nearly 20 minutes, that leaves plenty of bonus time for beer drinkers to avail themselves of vendors looking to move some bonus $8 per 16 ouncer inventory.  The seventh inning cutoff is a wash in the end because of the extension of the games.

With soccer, even at the highest level, people file into the stadium and then leave.  They sing, chant, dance, and frolic for two hours, and then either head home or to a bar.  Regardless, they are impatient enough to not allow themselves to be manipulated with video board activations, silly races between sausages or former presidents, and kiss cams.  The game is no longer the thing – it’s all about sensory overload to fill the dead time that stretches events and shrinks wallets.

In America, it’s all about cash.  We have entered an era where families need to decide between a big screen TV or iPad and a trip to the ballpark for an afternoon or night of baseball.  Instead of team ownership that is satisfied with showing a profit while trying to win a pennant, the metrics used to determine success or failure is not on-field success, but dollars spent per attendee.

Teeth jacked up? Click here to get them fixed right at Today’s Dentistry!

The Chicago Cubs continue to play terrible baseball, but the team still prints money because of the bizarre sense that investing in going to a Cubs game is noble.  They will draw more than two-million knuckleheads again this season despite having no chance to contend for a fifth straight year.  Unless there is an impossible to foresee turnaround, the Cubs will complete the worst four season run in their history – and this is the Cubs we are talking about!

As with more and more things, the international community has it right, and Americans allow themselves to be controlled by men and women whose only goal is to extract cash from people with plenty of it – or just enough to be approved for a Visa or Mastercard.