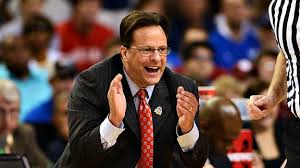 It’s impossible to have any clear notion of what Indiana University’s immediate basketball future holds, but the media will get a quick preview of what the Hoosiers will look like in 2014-2015 today as coach Tom Crean allows a peak behind the curtain.

Late signees unwanted by others, a transfer from Illinois State, James Blackmon, three returnees who were arrested last season for alcohol related crimes, and two highly touted freshman will try to restart the program that wobbled to a 17-15 record last season.

The good news is that no one is scheduled to graduate or leave after this season, and the bad news might be exactly the same thing.  Mediocrity returning to Bloomington is not how Crean rebuilt the program, and it’s tough to assess the quality of talent in Bloomington as anything but average without seeing them on the floor.

The average play and results of the last several years of the Bob Knight era followed by the perceived erosion of all that Indiana stood for so long dragged the program into a thick mire so deep, the road back seemed difficult to navigate.

The recruitment of unheralded freak athlete Victor Oladipo and Hoosier hero Cody Zeller bolstered a roster already filled with smart role players like Derek Elston and Jordan Hulls allowed the Hoosiers to earn a #1 seed in the 2013 NCAA Tournament and a Big Ten Championship.  From that point forward, it seems the Hoosiers have regressed to what has been the mean over the past 20 years.

While NBA player mills like Kentucky and Kansas continue to dominate college basketball nationally, Indiana does what it can from the middle of the conference it used to dominate.

Now, the Big Ten is led by the consistent excellence of Wisconsin and Michigan State, the rebuilt and rolling Michigan Wolverines, and the relentless optimism of Ohio State head coach Thad Matta.

Indiana talks the talk and tries to walk the walk, but an inability to reach expectations has put Crean’s position at risk.  While the players continue to excel in the classroom, the arrests and 15 losses (not necessarily in that order) have made 2014-2015 a key year in Crean’s anticipated continued tenure.

Today’s event at Assembly Hall will be the first look at a team that will be relied upon to answer a good many questions about whether the Sweet Sixteen visits were the the level of play that defines IU hoops for the immediate future or an aberration caused by the amazing development of Oladipo and the recruitment of Zeller.

Fans and media have questions that can only be answered by the on-court performance of the Hoosiers.  Can Yogi Ferrell lead this team effectively if he is shepherding a freshman into a bar during Little 500 weekend?  Is Hanner Perea ready to pursue the potential that excited people when he declared for Indiana, or was the DUI in February indicative of his level of maturity and responsibility?  Are James Blackmon Jr. and Robert Johnson ready to contribute immediately?  Is it possible to win with an abundance of quickness and dearth of size.

Crean will try to convince the media this week that all of that is possible, but whether he is right or wrong won’t be known until Indiana puts its skill and willingness to sacrifice for the good of the whole to the test on the court.