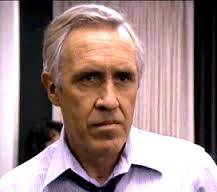 Jason Robards won an Academy Award and the hearts of young journalists everywhere with his portrayal of Ben Bradlee in “All the President’s Men.”

When I saw “All the President’s Men” in a Louisville movie theater in 1976, I thought exposing conspiratorial hubris like Bob Woodward and Carl Bernstein did during Watergate would be the coolest thing anyone could do with a professional life.

And working for a boss as cool as Jason Robards’ portrayal of Washington Post editor Ben Bradlee would be the icing on the cake.  Robards won a Best Supporting Actor Oscar for his work on the film as much for being such a great boss for Woodward and Bernstein as for his acting chops.

Bradley died yesterday, but he will be forever remembered for his decision to “stand by the boys” when Richard Nixon’s White House did everything possible to discredit the accurate reporting by Woodward & Bernstein that eventually led to Nixon’s resignation.

The number of people who were influenced to become reporters because of that movie must number damn near everyone who saw it.

Unfortunately, stories like Watergate don’t come along everyday – or every decade.  Presidents rarely are plagued by Nixon’s combination of insecurity and arrogance, his cronies are rarely that stupid, and reporters are usually not allowed to be that diligent.

But what remains very similar is the desire to tell the story of events and people who make our lives richer, and that’s what journalists do.  Sometimes they hold people accountable for misdeeds, and other times a rare level of grace and decency is applauded.

The right person in the right place is capable of awesome good, and the wrong guy in the wrong place can make a decision that causes unspeakable harm.  Journalists are there the reveal both.

The media is a key element in the checks and balances that allow us to make informed decisions at the ballot box.  That’s why freedom of the press is guaranteed in the First Amendment.

Bosses at newspapers, news/talk radio stations, and TV news departments should encourage the best level of work as both the best and worst of humanity is revealed.  They should support, prod, motivate, and hold content providers accountable for the level of work deserved by a marketplace that needs journalists to tell them about the stars and dregs of our society.

That appears to be the type of guy Bradlee was, but sadly that kind of boss is in short supply these days.  Corporate toadies and relentless sycophants populate middle management almost everywhere in media, and the guys willing to go toe-to-toe with the big bosses to “back the boys” are in short supply.

Journalism is measured these days by the number of clicks a post receives.  A 350-word screed about Renee Zellweger’s plastic surgery with two-million page views is seen as precisely 1,000 times more valuable to a media portal as a superbly crafted illumination of the human spirit that is seen by only 2,000.

That’s what happens when pragmatists get the keys to the executive suite, but those doing the work understand that the best is sometimes the least consumed.

Click here to learn about how the very best dentist in Fishers, IN will fix your teeth painlessly – Dr. Mike O’Neil at Today’s Dentistry

At our best, journalists tell interesting stories.  A our worst, they pander to the lowest common denominator to satisfy the corporate demand for clicks.

Bradley likely wasn’t as cool and magnanimous as Robards’ portrayal, but even if he was 10% the boss that “All the President’s Men” made him appear to be, that would still make him one of the best in the history of journalism.

Unfortunately, he probably wouldn’t last six months in the role in most newsrooms today.