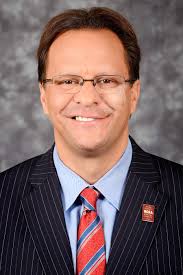 When Tom Crean shows up to visit a recruit, his family will already be well-aware of the potential for alcohol fueled mayhem that has resulted in four arrests over 8 1/2 months.

As a parent of a kid who played college basketball, and was recruited to play at a variety of schools, I can say that safety is a chief concern for parents of athletes as programs are evaluated.  After three incidents in 2014 that required four arrests or citations and one hospitalization of Indiana basketball players, related to alcohol, parents of current recruits this morning are drawing a line through Indiana on their lists.

There is nothing that frightens parents more than the prospect of a phone call from school to tell them about an injury, regardless of the circumstance.  Few things will make them angrier than a call about an arrest.

Trusting a son or daughter to a coach that has shown him or herself to be unable to mete out discipline necessary to curtail irresponsible behavior is not going to happen, and that means Tom Crean’s presence in Bloomington is no longer attractive to recruits.

That is the problem that will ultimately prove most problematic for Crean and likely to cause athletic director Fred Glass to make a decision he would prefer to avoid – a change in leadership for his marquee program.

Revisionist history will point to the two-game suspension of Hanner Mosquera-Perea following his drunk driving arrest as the moment the inmates learned they were running the asylum.

It’s tough for a coach to enter into a no-win scenario, and that’s what Mosquera-Perea’s arrest invoked.  Boot him off the team, and the only reasonably large and talented player likely on the roster for 2014-2015 would be gone.  Suspend him for a couple of games, and the players’ fear of consequence evaporates.

What happened next was predictable.  Stanford Robinson and Yogi Ferrell were arrested for using fake IDs to gain entry at Kilroy’s Sports during Little 500 Weekend.  Now, Devin Davis is in the hospital with a skull fracture and Emmitt Holt is facing two charges because he drank a beer or two before driving the car that struck Davis.

Whatever you think of Crean’s basketball acumen, it’s clear that the culture he has established at Indiana has fostered an environment where players feel very comfortable doing the wrong thing.  That doesn’t mean that Crean is responsible for the accident or the arrests, but to argue that he has done anything meaningful to provide a reasonable disincentive for players’ irresponsibility is equally inconsistent with the facts.

That’s what parents will look at as they decide in whose care they will trust their most important asset – the life and career of their child – and opposing coaches will hammer the arrests deep into their consciousness.

Indiana overcoming its own mediocrity this season was going to be a fascinating challenge, and Crean’s need to rebuild the basketball program on an annual basis as players transfer or jump early to the NBA made for a a less than sturdy platform for sustained success.  Crean is paid at an elite level – a level inconsistent with two trips to the Sweet Sixteen being the high water mark.

Click here to learn who the best dentist in Indiana is

The 17-15 record last season, and a young and small roster for 2014-2015 had fans murmuring about the possibility of a change in direction.  The virtual impossibility of recruiting at a high level due to four of 15 players on the current roster being arrested during the past 8 1/2 months, and a fifth still in the hospital, will almost certainly accelerate that momentum.

The reality might be that Crean is a taskmaster who has lowered the boom on kids multiple times, but the proof with discipline is always in the pudding.  The results of leadership always perfectly reflect the quality of that leadership.  The misbehavior of his players reveal a leader incapable of achieving the desired result off the court, and now it will cost him on the recruiting trail.

Glass will have a tough set of decisions facing him come March.