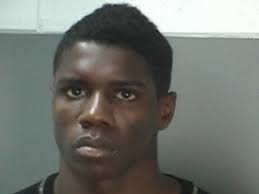 Hanner Mosquera-Perea on the shelf for 2-4 weeks shouldn’t be a bad thing for Indiana.

Hanner Mosquera-Perea injured his knee yesterday, and is expected to miss the next two to four weeks.  People believe this will present a hardship for Indiana’s basketball team, because Mosquera-Perea is the tallest and most athletic of the Hoosiers.

During the first 90 seconds of the past two games, Mosquera-Perea committed two fouls and had to be removed from the game.  The first was an ugly loss at Michigan State, and the other was a nice home win against Ohio State.

In those two games, Mosquera-Perea played 18 total minutes, took two shots, scored four points, and grabbed three rebounds.  In the win against the Buckeyes, he fouled out in eight minutes.

The morals of the Hanner Mosquera-Perea story are many, but the most appropriate is that he cannot be counted on to contribute in a meaningful way on a game-to-game basis.  It can be argued that Indiana is somehow better off without indulging in the hope that he might bring to bear his immense athleticism and physical presence because the opposite happens far too often.

Preparing to play without Mosquera-Perea seemed a reasonable strategy before the injury, but now is a necessity as the Hoosiers take on Penn State at Assembly Hall tonight.

Whatever happens during the period when Mosquera-Perea is on the shelf is very likely what would have happened regardless of the stability of his knee.

If Indiana wins every game they play without Mosquera-Perea, good for them.  If there are losses, that’s part of being a flawed and young team in the Big Ten, not the result of an injury to a player whose lack of basketball acumen has been a pox on the Hoosiers for three years.

No one will ever describe periods of Indiana’s basketball history as pre-Hanner, the Hanner era, or post-Hanner, so let’s not indulge in overreaction to this news.

Mosquera-Perea has not only been inconsistent on the floor, his OWI on Valentine’s Day 2014 (the day before a game against Purdue) showed an indifference to his team and fellow students that is inexcusable and unforgivable.  Only good fortune allowed that arrest to be for a simple OWI rather than vehicular homicide.

I’m loathe to criticize kids who are playing for the love of the game, work harder than most could comprehend, and try to excel or at least survive in the classroom, but Mosquera-Perea stepped outside the realm where they should be protected when he was arrested as a safety menace.

That he’s still at Indiana is a problem, not that he’s not going to be able to play for the next two to four weeks.

I expect Indiana to play without Mosquera-Perea at or beyond the level it has shown to this point in what has been a surprisingly solid season.  A backslide should not be explained by this knee injury to a player whose on and off-court behavior has been impossible to predict.