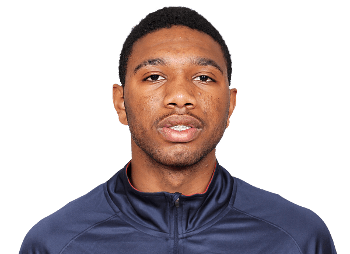 Eron Gordon will announce his decision Saturday. It might mean nothing to Indiana – it might mean a lot.

Eron Gordon would be the third Gordon brother to play basketball at Indiana University, but he’s a different player from either Eric or Evan.

Saturday at Noon, Gordon will announce his decision at the Jewish Community Center on the north side of Indianapolis.  This event won’t be the watershed moment that Eric’s decommitment from Illinois and subsequent decision to attend IU was, but it would be meaningful if Gordon pledges IU.

Eric was a splendid high school and summer player who was always the best on the floor – even when teaming with future NBA MVP Derrick Rose in the 2006 Reebok Big Time Tournament in Las Vegas.  He was strong, athletic, smart, and supremely confident.  He was seen as a one-and-done player, and he was.

Evan was a solid player with great shooting range who accepted an offer to follow in he dad’s footsteps to play at Liberty before transferring to Arizona State and then ending his college career with a season at Indiana.

Eron’s skill set falls somewhere between his two brothers.  He’s not as comparatively strong as Eric and can’t shoot quite as well as Evan, although it’s close.

Gordon will apparently choose between Indiana, LSU, Auburn, and Arizona State, and the winner will get a physical guard whose best spot might wind up being point guard.  For those of you familiar with former Illinois PG Demetri McCamey, think of him but with a much better feel for the game on both ends.

If the choice is Indiana, Gordon would be a candidate to fill the void left by the soon-to-graduate Yogi Ferrell, or perhaps slide to a wing where he is ability to attack the rim and shoot threes could be exploited.  He’s a versatile defender who can guard three spots.

There aren’t many four-star guards with almost unlimited upside, but Gordon is one of them.  He has all the physical tools needed to succeed at the highest level.  The tough part of evaluating Gordon is figuring out why the upside hasn’t been exploited at this point.  He’s been around baseball forever, understands the game, is a generous teammate, and gets to the line like Eric did.

Why then doesn’t he produce at a higher level?  In summer basketball, his EG10 Central Stars team had difficulty beating nationally ranked teams, and as the best player on the team, Gordon bears some of the responsibility for that.

In a head-to-head match-up with fellow IU target Rawle Alkins, neither showed as elite.  Judging the level of a player based upon an isolated game in the summer is foolish because when a kid plays twice a day for a long weekend, you are never going to see him at his best, but this game seemed oddly meaningless to both.

Could Gordon develop in the same way Victor Oladipo did for the Hoosiers?  That’s a once per generation young man, but the potential is there for Gordon to be a good Big Ten player right out of the crate.

If Gordon opts to play elsewhere, the decision would be a blow for the Hoosiers because he will have read the tea leaves that Indiana is for some reason not the right place for him despite being an hour south of home and a place that he is very familiar with.  I saw Gordon on the Assembly Hall floor after IU beat Ohio State in 2008.  He wasn’t celebrating – he was shooting threes, and making a ridiculous number of them in a row as a 10-year old.

Why a kid would decide to play elsewhere where his two brothers played at IU and Evan played for Tom Crean is a question with only unpleasant answers for Hoosiers fans.

While Indiana might not need to open a spot for a sixth National Championship banner if Gordon chooses Indiana, if he decides to roll elsewhere, that could be a sign that a very savvy basketball family has decided that Indiana’s best days under Crean are behind them.

This is a high end basketball player deciding where he will play college basketball, not a referendum on Tom Crean, but enough decisions in the wrong direction may have the same effect.

6 thoughts on “IU Basketball – Cathedral’s Eron Gordon to make decision Saturday; what would he mean to Hoosiers”