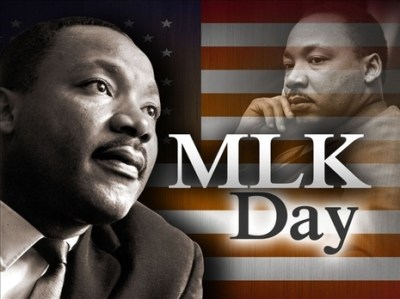 I’m a white guy from one of the whitest areas on the planet.  The village of 5,000 where I grew up north of Chicago boasted exactly zero blacks.  None.  To say I am not an expert in the area of the challenges blacks face in succeeding in this country is a grotesque understatement.  But I try to pay attention, learn, and apply what I see and hear toward those who are obviously affected in an adverse way by societal attitudes based upon skin color.

On this holiday, regardless of our backgrounds, we need to think about race.  What can we do to ensure race is not a hinderance in leading a successful life when it’s already significantly difficult?

As a microcosm of our society, sports serves to level the playing field.  It puts white guys from lily white suburbs in contact with blacks.  My first contact with blacks was gained through Chicago pro athletes like Gale Sayers, Bob Love, Billy Williams, Ernie Banks, Chet Walker, and Fergie Jenkins.  As the first season I can remember being a Cubs fan was ready to begin, Dr. Martin Luther King Jr. was assassinated outside his room at the Lorraine Motel in Memphis.

Racial prejudice has lessened – or at least recessed into dark corners – over these 47+ years, but there is still a long way to go before we enjoy anything resembling true equality.

Here are 10 problems that continue to exist in sports and society despite our best efforts to behave like adults without skin-tone based rancor:

10 – Fans continue to push buttons with racial insults.  The idea isn’t necessarily for fans to betray ignorance, but to get under the skin of athletes so they don’t focus upon the task at hand.  Race baiting is idiotic, but continues because it still occasionally generates the desired response.

9 – Most agents are white.  Remember “Jerry McGuire”?  Tom Cruise uses the talent of Cuba Gooding Jr. to rebuild his wealth after starting his own agency.  This will be a recurring theme – white men using the talent of black men to pay their bills.  There are some black agents, but the big hitters – Tom Condon, Scott Boras, Jeff Schwartz, Mark Bartelstein – all white guys.  Boras is the agent for many Major League Baseball players, so his client list is quite pale, which is another issue.

8 – Owners tend to be very white.  The only black owner of a major league sports franchise is Michael Jordan.  Seventy-six percent of the NBA’s players are black, but white guys make the big bucks as their employers.  That Donald Sterling – no relation – was among them as the owner of the Clippers for decades was a wrong finally corrected by his own outrageousness, correctly acted upon by commissioner Adam Silver.

7 – Those with the power want to keep it or pass it on to sons.  Whether in sports broadcasting, coaching, training, or virtually every non-athlete cashing checks as part of a team’s staff, progeny are welcomed with enthusiasm.  It’s a lot harder to get a gig as a black man who doesn’t have an in than as the son of the hiring manager.  Sons get their feet in the door is much easier than a first generation guy.

6 – With big money comes big responsibility and big failure.  Many black athletes know the career of a professional athlete is short, and they are very smart with their money.  Many spend like the money is never going to stop pouring in. According to Sports Illustrated, 78 percent of National Football League (NFL) and an estimated 60 percent of National Basketball Association (NBA) players go bankrupt or are under financial stress in just two years and five years, respectively, after their retirement.  Leagues and teams have begun to try to educate athletes about taking care of their money, but it isn’t easy when players come from abject poverty..

5 – Most coaches are white.  There is nothing wrong with white men and women engaging in the profession of leading professional and college teams comprised primarily of blacks, but that they are hired in almost exactly the inverse proportion of the roster they dream of leading is a pox on our sports and society.

4 – College basketball and football players make plenty of money for schools, coaches, and others, but don’t share in wealth.  The majority of elite college football and basketball players are black, and the vast majority of coaches and administrators are white.  Players are prohibited from monetizing their images, but coaches big huge coin not only from their jobs, but from speaking engagements which effectively cash in on their popularity..

3 – Food in short supply for kids.  This is largely the fault of parents in urban areas who prioritize a little differently, but it sure isn’t the kids’ fault.  If kids are going to excel in school, they need to be fed.  Hunger trumps all concerns.  Athletes need food just like other students need food.

2 – Just because people are equal doesn’t mean opportunities are.  When the University of North Carolina was faced with the dilemma of how to attract elite athletes unready for the academic rigors of being a Tar Heel, the answer was to enroll them in shadow classes they never attended.  The only compensation for earning huge money and prestige for the university was supposed to be an education, but the school decided to strip the athletes from that unnecessary demand on their time.

1 – Black athletes only get paid when they get great.  There is a math-driven meritocracy in professional sports.  Statistics speak louder than pigment, so once an athlete becomes elite, he is going to get paid commensurate to players of different races and nationalities.  If they don’t reach a level where they get paid to play, the alternative is entering a work force where cronyism/nepotism is rampant and opportunities are difficult to earn.