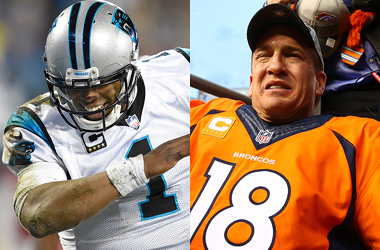 It’s said that if you have a million monkeys punching keys on a million typewriters for a million years, one of them is going to peck out a masterpiece.  The closest humans come to proving that axiom is the Super Bowl – minus the masterpiece part.

Thousands of journalists will descend on the Bay Area next week armed with laptops and limited imaginations.  They will unleash a torrent of content so similar in tone and topicality that it will be nearly impossible to discern one post from another.

It would be more efficient and certainly less tedious for media consumers if the NFL credentialed only one journalist for the Super Bowl, but more is always better if the world of professional football, so we need to steel ourselves for the deluge of virtually identical previews and sidebars that will fill websites, newspapers, Sportscenter, and sportstalk radio over the next 10 days.

Here are the Top 10 overblown storylines for the most overhyped sporting event in history:

10 – Prop bets.  We love to gamble on the Super Bowl.  Over one billion dollars will be legally and illegally wagered on the big game, and while a significant chunk will involve a straight bet on the result of the game, much of the cash will be won or lost based upon props – the coin flip, length of the National Anthem, the method of the first score, who scores, and dozens of harebrained notions we will hear about ad nauseum prior to the game.

9 – Media Day morons.  The Tuesday before the Super Bowl is Media Day.  Everyone with a credential will descend on Levi Stadium for an opportunity to quiz the participants.  Some will ask serious questions as they try to get players and coaches to reveal a perspective that brings clarity to the event.  Others will dress in bikinis and ask outrageous and/or insipid questions in an effort to become part of the story themselves.  Remember, in today’s journalism, it’s not about quality of the content, but the number of clicks it generates.

8 – Are the Panthers the next dynasty?  This question is asked about every young team as they prep for their first Super Bowl.  Young quarterback plus dominating defense equals a decade of excellence, according to the big brains who cover the NFL.  Forget that the Seahawks, 49ers, Giants, and Colts all failed to live up to those expectations, it’s still something to write that editors will accept as reasonable work product.  There have been dozens of teams earmarked for sustained greatness, but since the AFC/NFC merger only the Pittsburgh Steelers of the 1970s, San Francisco 49ers of the 1980s, Dallas Cowboys of the 1990s, and New England Patriots of the 2000s have made it.

7 – Ron Rivera is the second Hispanic coach is Super Bowl history.  There is nothing wrong with Panthers coach Ron Rivera being proud of his heritage, or former Oakland Raiders/Seattle Seahawks coach Tom Flores (the other Hispanic coach to lead a team into the Super Bowl) congratulating Rivera.  It will be nice when we no longer care about the genealogy of a player/coach.  How many Jewish coaches have won a Super Bowl?  How many Irishmen?  No idea.  Let’s get there.

6 – Hey look, it’s the old white guy against the young black kid!  Yes, the age gap between Peyton Manning and Cam Newton is the largest in history.  Yes, Manning is white while Newton is African-American.  Yes, Newton dabs, and Manning looks like a candidate to host a cable access line dance show in Arkansas.  We get it.

5 – Manning needs a win to solidify his standing as an all-time great.  If the Broncos lose, Manning will be 1-3 in Super Bowls and have a losing career record in the playoffs.  But the guy has set or approached every meaningful passing record in NFL history, taken two teams to multiple Super Bowls (the only QB to ever do that), and he won’t going to be one of the best 20 football players on the field.  If the Broncos win, it will be the defense that wins it.  Like all quarterbacks, Manning will get too much credit for a win and too much blame for a loss.  His legacy is already written.

4 – Comparisons between the 1985 Chicago Bears and the 2015 Carolina Panthers.  Rivera is the current coach of the Panthers and was a back-up linebacker for the Bears, and this is the 30th anniversary of the Bears run through the NFL to become Super Bowl XX champs.  That flimsy set of circumstances will allow lazy hacks to opine about the difference between the defenses, flamboyant QBs, and coaches.  It’s silly, but that’s what gets churned during this monotonous two-weeks.

3 – Can Manning duplicate his boss’s exit as a winner?  John Elway was the last starting quarterback to retire after winning a Super Bowl.  Elway is Manning’s boss.  Elway and Manning were both drafted by the Colts.  This is very likely Manning’s last game.  That’s plenty of meat to hang 600 words of fluff around.

2 – Newton’s unique celebrations.  Not since the Icky Shuffle has a Super Bowl featured a more celebrated celebration than Newton’s Dab.  Is The Dab over the top?  Does dancing show Newton is more focused on himself than teammates?  Is Newton a self-promoter or a quarterback?  Does Newton believe he’s bigger than the game?  The real question driving this insipid and narrow-minded celebration inquisition is what’s that black guy think he’s doing?  Doesn’t he know his place?  Let’s call a racially motivated rant what it is.

1 – Is this Manning’s “last rodeo”?  Whether Manning has one more game of greatness will be the nostalgic angle that dwarfs all others.  The almost 40-year-old has endured multiple neck and knee surgeries to allow him to continue a career in the game he loves.  After the Broncos AFC Championship win, Manning whispered to New England Patriots coach Bill Belichick, “This might be my last rodeo.”  The rodeo metaphor will be ridden into the ground until it hits bedrock.  The narrative is a compelling part of the hype for Super Bowl L, but it is going to become miserable to endure.