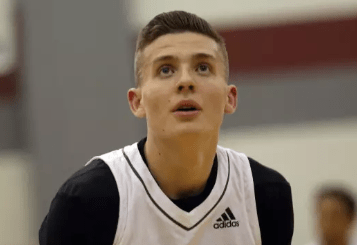 The old guys will tell you that the one-class basketball tournament was better.  Every generation, a team like Milan, Plymouth, or Delta would post an upset or four, and Indiana would rally around the underdogs.

I liked it too, but I love this one.

There would be dozens of other examples back in the day where the underdogs took their medicine and got crushed 87-12.  Sad way to win, and an even worse way to end the careers of high school basketball players.

Truth be told, I would rather the IHSAA migrate to a two-class tournament, so fans of teams like New Albany and Floyd Central wouldn’t have to drive an hour to Seymour to watch the Bulldogs and Highlanders, but I still love the tournament.

Last night, the sectional draw was held in advance to the 2016 edition, and I can’t wait for this thing to get started.

Here are 10 reasons you should love the tournament too:

10 – The draw is old school cool.  There are people who would like to see the tournament seeded, but I’m not one of them.  The draw with ping pong balls is old school fun.  The cabal of IHSAA leaders dump ping pong balls representing teams from each sectional into a lotto type machine, and read the results aloud as each ball pops up.  I’m sure a computer program exists that could recreate the randomness of the ping pong balls, but it wouldn’t be nearly as much fun.

9 – Gyms still fill for the games.  There is a false notion being advanced by the traditionalists that the tournament has lost it’s special place in Hoosier culture because of its evolution to a four-class system.  Not so much.  Tickets are still tough to get, and the gyms are packed.

8 – Geography create rivalries.  Can New Albany (part of the Louisville metro) find a way to win it’s first state championship since 1973?  Whose the best in The Region (NW Indiana in the Chicago metro)?  How about the teams from Fort Wayne and Evansville?  And then there is Indianapolis – a city with great coaching and training that seems to produce the 4A champion virtually every year.  Region pride drives interest in many areas.

7 – I can’t remember a year with talent more widely spread.  There are nationally ranked players on more than a dozen teams around the state, and they are spread across several classes.  It will be hard to find a game locally without really good players.

6 – New Albany is good again – really good.  I’m partial to my old high school, but I don’t think any high school travels with the enthusiasm of the Bulldogs.  They have a team and young man to be very excited about in sophomore Romeo Langford, who is as good a high school player as I’ve ever seen.  He can shoot, attack, defend, handle, and pass at the very top end of the scale.  And he appears to be a great teammate.

5 – The price is right.  I can walk into a gym, get a hot dog and water, and be out $10.  With today’s prices for pro sports, a family of four can easily spend $500 for a night out.  At a high school sectional game with winner take all drama, you pay $10 for a ticket to two games, and the concessions are still reasonable.

4 – Not only is the sectional a winner moves on/loser goes home event, it’s a winner moves on, loser ends his career deal.  For the seniors not moving on to play college basketball (roughly 90%), this is the end of the road.  That drama is palpable is most cases.  A lifetime of hard work at a game they love boils down to one possession or a make or miss from the foul line.

3 – The vibe is exactly the same as when you were a student.  You want to feel a wave of nostalgia?  Walk into an Indiana high school gym packed with fans in March to watch your old high school team.  Nothing has changed.  I went back to New Albany a month ago for the first time since I graduated, and there was no difference in the 1980 experience and the 2016 version of Hoosier Hysteria.  The gym was packed to the corners, and the crowd was electric.  The players are much more athletic, but that doesn’t bother me like it would bother former players, who look like they were playing underwater by comparison.

2 – Watching parents.  Depending upon your tolerance for watching angst-ridden middle aged women and men, each step of the tournament is an opportunity to watch people who are normally conservative and respectful lose their damn minds.  They scream and hollar at referees, criticize coaches, blather about teammates of their sons who should have made the extra pass, and generally act like self-indulgent children.  It’s simultaneously hilarious and maddening.  Where else can you see the best and worst of human behavior for a few bucks?

1 – First round games are going to be incredible.  This tournament – because it isn’t seeded – has the potential to allow potential champions to lose early.  Pike and Southport could win the 4A tournament, but play each other in the first round.  How about Kyle Guy and Lawrence Central being paired against C.J. Walker and Tech.  Why wait for the great matchups?  And don’t forgot Cathedral with Eron Gordon against North Central with Kris Wilkes.  It’s going to be unbelievable.