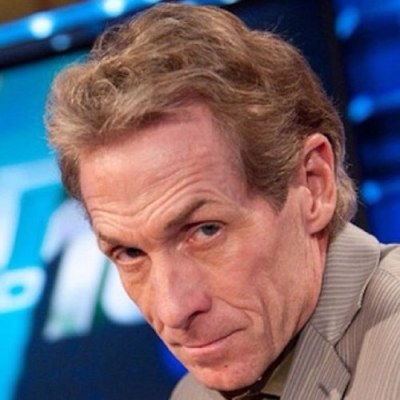 Sports media is such a ridiculous business that an ill-informed loon like Skip Bayless can be paid millions to be wrong.

One of my favorite axioms is that all people are idiots.  Sad, but true.  None of us knows enough about life to understand what the hell we are doing here.

Some people achieve financial wealth, some experience a spiritual awakening, and others know that being nice to everyone they meet provides more happiness than any amount of cash or stuff.  But to some extent, we are all idiots destined to die prior to understanding life – or maybe taken at the moment of clarity when we realize all we achieve here is a preposterous waste of effort.

Nowhere is that more true than in the worlds of sports, media, or the unholy intersection of the two – the business of sports media where the nutty collides with the trivial to yield relentless madness and arrogance from tools like Skip Bayless and Stephen A. Smith.

Here are eight immutable truths about life viewed through the silly and foggy lens of sports and media:

8 – Drama requires heroes and villains.  Whether you are writing a movie or promoting a sports league/event/fight card, a narrative involving good versus evil is a must if people are going to enjoy the show.  Geographic and generational loyalties are helpful, but nothing beats good versus evil.  Of course, I’m thinking about the Indianapolis 500 and IndyCar as I write this.  The series needs a black hat wearing ogre.  Being the enemy can be a lonely pursuit, but it’s also very lucrative if you can handle the loathing.  If you get a bang out of people screaming profanities at you and can drive really fast, please apply at indycar.com.

7 – The Cubs are not jinxed.  Jinxes don’t exist.  The Cubs lost the World Series in 1932 and 1938 because the Yankees were historically good.  They lost in 1969 because they had no depth, and in 2003 because Steve Bartman interfered with what should have been the second out in the top of the eighth of what should have been a pennant clinching game.  In 1984, commissioner Peter Ueberroth stole what should have been a home game for the Cubs because their were no lights at Wrigley Field.  The goat had nothing to do with it, and neither does where you sit during games you watch on TV (but that doesn’t keep me from sitting in the same spot while the Cubs lead – hey, none of us is perfect).

6 – The dogged pursuit of winning is more important than the result.  Trying to reach your potential in any endeavor tests the mettle in each of us.  Hopefully, we are all engaged in a profession or activity where success is measured daily, and we awaken each morning committed to figuring out how to improve bit by bit.  The result is important only in that it affirms our daily effort.

5 – The media is not as important as they think they are.  People in many walks of life tend to overstate their importance.  Maybe it’s because I have worked in media for a long time, but I notice it among those in this business at all levels.  It’s tough to look in the mirror every morning and embrace your own irrelevance, but many of us would benefit a little bit from that.  What we do is entirely disposable – a diversion for those who get bored with the repetition in their lives and are strangely obsessed with something as absurd as whether a basketball/football/hockey/baseball team wins or loses.  I’m guilty of all of it, but I’m trying to understand that like Bill Murray’s character in “Meatballs” chants in an oddly inspiring motivational speech, “It just doesn’t matter!”

4 – No one in sports is as smart as we would like them to be.  Those general managers/team presidents who run franchises are often referred to as “idiots”, “morons”, “chuckleheads”, “asshats”, and “doofuses” by fans and media.  The truth is that they are all comparatively intelligent men and women.  Mistakes are made with good intentions, but if the results suck, fans cast the GMs into the abyss of fools who were unable to hang a banner.  They are held to an impossibly high standard by people who likely make a few mistakes of their own.  I’m not saying to forgive the Ryan Grigsons, Larry Birds, Bill Polians, and Jim Hendrys of the world, but a little empathy or allowance for occasional missteps might be a nice thought.

3 – if you don’t own, you have no job security.  Getting fired is coming for you unless you own the company for whom you work.  That’s life.  And there will likely be nothing you can do about it.  Every year – at least – the boss, or a group of bosses, will mention you as a candidate for expense trimming termination.  You won’t know it, but it will happen.  You also won’t know if your boss, whom you may privately call a moron, stood on a table to save your ass.  If you have a job, there is someone you should thank for it.

2 – Judging others is a waste.  Sadly, our species seems to be lacking in the area of empathy.  When people struggle with their own identity or show weakness, we pounce.  That’s a crappy way to lift humanity – something we should all be interested in.  I am going to venture a guess that I have referred to more people as “idiots” than any other man or woman alive.  Most of the time, it happens to drivers who aren’t paying attention to the road, so I know what it is to be critical of others.  Holding criminals and asshats accountable is one thing.  Being indifferent to pain is quite another.  Expressing that indifference in the form of mockery inflicts misery on the innocent.

1 – College coaches cannot succeed at all they are expected to do well.  At most universities, coaches are expected to fill rosters with great kids who go to class, behave themselves, are talented as hell, diligent, and reflect the maturity of their schools.  The kids need to go to class and graduate while working out and practicing.  Oh yeah, and coaches can’t break any of the hundreds of arcane recruiting rules that ensure kids aren’t subjected to a bidding war among coaches and schools.  Don’t forget to discipline the players without being too mean, and treat the trustees, boosters, and media with respectful deference!  If you can accomplish all that, and win championships, you’ve got a shot to keep your gig.