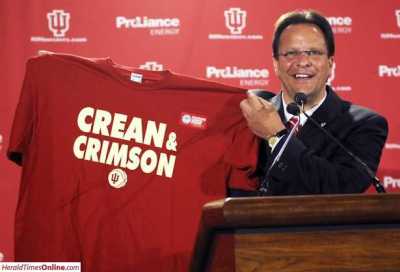 It’s been a long nine years since this scene at Assembly Hall – ups, downs, and a lot of in between. It was the in-between that cost Tom Crean his job.

There really wasn’t much doubt this was coming.

No amount of cheerleading or politicking could change the results of the last four years.  Indiana’s Big 10 record of 38-34 ranked eighth among conference foes.  That’s not Indiana.

Sure, there were the two Big 10 championships, but surrounding them were miserable seasons where the Hoosiers had trouble.

Indiana could not afford to slip further into the abyss of mediocrity, regardless of the style of play they embraced, but Indiana’s style was so widely divergent from the historic Indiana brand that many fans refused to continue to indulge their Hoosier love.

That apathy was cited in the decision to forego the opportunity to play an opening round NIT game at Assembly Hall.

And so Crean goes, and the speculation of who will be the next man to inherit the throne begins.