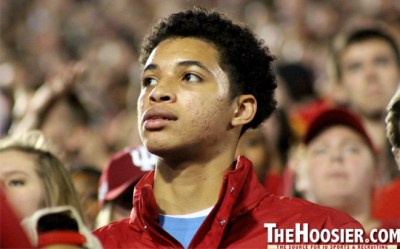 Former Indiana signee Clifton Moore has decided to pursue other programs, and that isn’t all bad for IU.

A three-player recruiting class so uninspired it syphoned hope from a fanbase already running on empty lost two of its members yesterday.

Clifton Moore is ranked the 143rd best player in the class of 2017 and Al DSurham #239.  Both asked for their release yesterday because the guy who recruited them to Indiana has been fired.  Ironically, Tom Crean was fired at least in part because they were the best he could get.

Nothing against Moore, who is from Pennsylvania, and Durham, from Georgia, but the value of their scholarships might be greater than their value as basketball players.

Depending upon who the new coach of the Hoosiers will be, there is a very good chance that those two scholarships will be better invested in two players better able to provide immediate help for a program in dire need.

How about a couple of grad transfers who can infuse the Hoosiers program with the leadership and depth that was so lacking in Bloomington this season?  Would that beat two freshmen who were developmental projects?  It would – and it will.

Fans on Twitter lost their minds yesterday, saying Indiana was going to crater, as it did in 2008 after Kelvin Sampson was replaced by Tom Crean – all because of Moore and Durham requesting their release.

It’s hard to blame IU fans for anticipating the worst after the last 20 years, but when recruits ranked at this level impatiently opt out of the their letters of intent, it is a dream come true.

Why Moore and Durham decided to punt on second down rather than wait to see who athletic director Fred Glass tabs as the news coach is anyone’s guess.  Because I am an optimist, I chalk it up to the kind of immaturity we have seen on the court for the past season, and I gleefully wave goodbye to it – and them.

Fan are deathly afraid of the unknown, but take a deep breath and accept these two recruits opting out as the gift that it is.