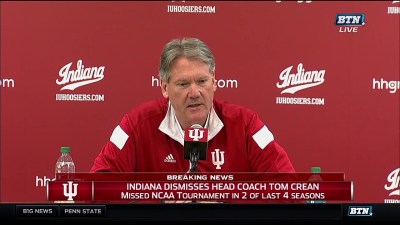 In less than two weeks, IU AD Fred Glass will announce his choice as Indiana’s next basketball coach, and some IU fans will be pissed.

“You see, you can’t please everyone, so you’ve got to please yourself,” Rick Nelson, Garden Party.

Indiana University athletic director Fred Glass has a decision to make – assuming it hasn’t already been made – and the only person worth pleasing is Fred Glass.

Consensus building is unnecessary in the hiring of a basketball coach – even at a university where basketball is as important as it is in Indiana.

The downside can be losing games, NCAA violations, or shame brought by behaviorally challenged students.  The upside?  Championships, compliance, and pride in young men doing the right thing as they evolve into functional adults.

At risk is not quite the fate of the free world.

Glass was hired by Indiana with an eye on two priorities – building a world class department where young men and women are lifted toward their potential both athletically and academically, and to make damn sure the basketball program is among the country’s elite.  And not necessarily in that order.

Tom Crean was the coach Glass inherited in 2008.  For eight and a half years, Glass tolerated Crean’s eccentricities because the Hoosiers continued to provide hope that a championship was only a year or two away.

Then hope died and the fun started.

Crean was told to pack a box, and the highest paying government job in Indiana was available.  Glass is presented with a bit of a paradox.  The position of basketball coach has no real importance – certainly not enough to require vetting as though he would be setting United States foreign policy.  But the man hired will be attached to Glass forever as his legacy to Indiana University.

Glass needs to get this right, and that means different things to different people.  For former players, they want an Indiana guy.  For more distant but still heavily invested alums, they want the best coach.  That can mean something different to everyone.

There is only one consensus choice that would please everyone, and former Butler Bulldogs coach Brad Stevens reportedly is very happy in Boston as the coach of the Celtics.

No one else has the support of a majority.

There are others who are being actively appraised by fans, but you get the point.  Lots of guys.  One perfect, but he is unattainable.

That means that whoever Glass tabs, he is going to anger more people than he thrills.  Consensus building is not only useless as a concept, but impossible in this instance as a practice.

Knowing that the announcement of the new coach will create a brief firestorm is at once unpleasant but should be freeing as well.  Understanding he will likely lose the press conference allows Glass to hire the guy he feels is most likely to create long term success.

Whether Glass is right or wrong will take years to determine, and that gives him the opportunity to evaluate his list of candidates in a vacuum unclouded by the inevitable salty public outrage from a sect of fans and alums who cannot be pleased en masse.

There may be only two people at the introductory press conference who are thrilled by his choice, but that will be enough for Glass.

It will have to be.