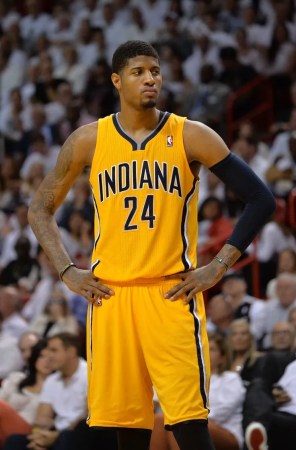 Paul George should be treated like any other OKC Thunder on December 13 because that is all he is.  Next year, Thunder fans can do the same when the Lakers come to town.

Paul George looked so forward to bolting Indianapolis that he let his destination be known when free agency allowed in the summer of 2018..

The Lakers are where he wants to play, and the Lakers have crept quite close to tampering in letting it be known they covet him.  It’s a marriage made in purple and gold mediocrity.

Bringing Pacers management into the circle of trust as George came to the determination that he would return home was classy.  Leaving the Pacers in the dark as they tried to woo him like a soon-to-be jilted husband begs his too-hot wife to try counseling would have been cruel.

The Pacers deserved the opportunity to get value back for their prized all-star.  When George’s camp leaked that he planned to sign with the Lakers, it contradicted his empathetic appearance and eviscerated the Pacers opportunity to command more than 60-cents on the dollar in return.

Nothing against Victor Oladipo and Domas Sabonis, but the Pacers would have gotten more if not for the George leak that he’s headed home to LA.

Because George was indifferent to the plight of his former employers and fans, his return to Indy on December 13th as a member of the Oklahoma City Thunder should be met with an equal amount of quiet disinterest.

As Pacers PA announcer Michael Grady calls George’s name, the crowd at Bankers Life Fieldhouse should sit silent.  No cheering, no booing, just crickets.  George was popular in Indy because he was a Pacer.  As he no longer enjoys that status, he should be of no import to Pacers fans.

George forfeited the potential opportunity to join Reggie Miller, Mel Daniels, Roger Brown, and Rik Smits as beloved former Pacers.  He cast himself into the purgatory of Roy Hibbert, Jermaine O’Neal, and Jamaal Tinsley as guys who never knitted indelibly with the community.

Athletes are either with us or they aren’t, and George made it very clear that he wanted no part of a life in central Indiana.

That’s fine.  It’s his prerogative to live and work wherever he likes.  But we weren’t drafted to be Hoosiers.  We either chose to live here or were born here.  he chose to bolt.

George speaks and acts like he did Indiana a favor by playing basketball here for seven years.

One day, when he grows up, Paul George will realize that the privilege was all his.