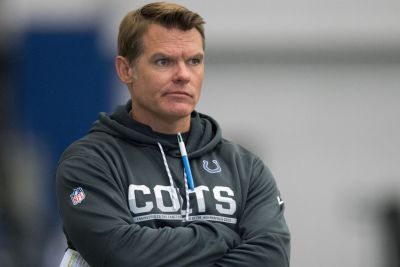 Colts GM Chris Ballard told us Sunday that defensive end John Simon was cut because the Colts are “trying to get to more right end body types and traits that we want at the position.”

Body types versus football players without great measurables has been debated for a long time.  Analytics, length, bend, twist, burst, and swivel are words scouts use to evaluate players.

Simon appeared to be a football player.  I’m not sure how long his arms are, but he has always seemed to be willing to do whatever was necessary to make plays.

And now Simon is a former Colt, as are Johnathan Hankins, Henry Anderson, and others who didn’t fit the 4-3 scheme coordinator Matt Eberflus favors.  Good players sent away because of fit.

It might all work out for the Colts.  The patience required during a schematic rebuild is never easy for fans to muster, and management opens itself up for criticism through skinning the roster of guys seen as good players.

Making the sausage is never fun to watch.

The point is that it’s way too early to judge Ballard as brilliant or a buffoon (he is likely somewhere in between), but there is no question he is devoutly committed to his philosophy for building a roster.

Whether or not Ballard is right will be determined in the years – multiple – to come because he is clearly not an impatient man.  Big trades and free agent signings are not on the Ballard flow chart of options, so this is going to be a long process.

Over the weekend, the Chicago Bears sent two first-round picks, a third rounder, and a sixth rounder to the Oakland Raiders for pass rush monster Khalil Mack, and a second and fifth round pick.  The Bears then gave Mack a six-year/$141 million dollar extension.  That kind of wildly aggressive deal is not likely to ever be consummated by Ballard – unless he is the seller.

Ballard is the architect of whatever it is the Colts will become.  His chips are all in the middle of the table, backing his belief in his ability to evaluate and execute drafts.  If he’s good at that, the Colts will improve.  If he misses, the Colts will continue to struggle.

There is something admirable about a general manager who believes so deeply in himself that he would hire a head coach and offensive and defensive coordinators who have never held their positions before (Eberflus was a DC at Missouri, but never in the NFL).

We won’t know whether Ballard is the right guy to rebuild the Colts until he either is or isn’t.

So far, he has proven himself to be both smart and honest.  That’s a good start.

Colts fans have been patient with him in part because he is not Ryan Grigson, who clearly was not the right guy.  They are also suspicious because owner Jim Irsay hired both Grigson and Ballard.  Fans were also patient in Ballard’s first year because former coach Chuck Pagano was not a Ballard hire.

Now, the coaching staff and roster belong to Ballard.  And so do the results.

Maybe left defensive ends should be kept for their body types rather than an ability to make plays.  Physical types matter, but how much?  Ballard may be 100% right, and then again he might not.

On Sunday against the Bengals, the grades start rolling in.