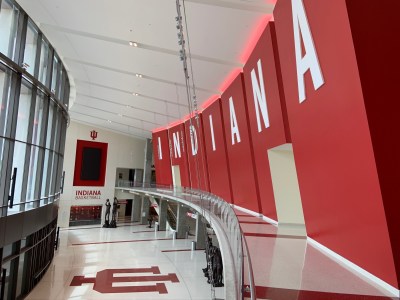 The allegations by Michael Avenatti that Nike authorized payments to Zion Williamson and Romeo Langford are not damning toward IU.

Romeo didn’t do it – at least not with Nike.

That sent up a bright red flag when I read it early this morning on ESPN.com.

Romeo’s final three schools were Indiana, Kansas (Adidas), and Vanderbilt (Nike).  Whatever cash Nike authorized, it obviously didn’t cause Romeo to change his mind about where he was going to college for one year.

It’s entirely possible if not likely that Romeo chose IU because Adidas offered his father Tim more money than Nike or Under Armour to run the summer basketball program that Romeo played for.  Whether that’s right or wrong, you can decide.  Whether it’s legal, that’s for the NCAA – and they say it’s within the rules.

For now, the only red flag flying above Simon Skjodt Assembly Hall has an IU logo on it.

As for Duke – a Nike school – things are a little different.  While the authorization alleged by Avenatti is not proof a payment was made, connecting the dots between that authorization and cash into Zion’s pocket (or that of a family member) is not a challenge.

That’s a long way from the NCAA making any kind of a case against Duke, but it might serve as a test to see just how serious the NCAA is about cleaning up college basketball.

Going after a small fish like DePaul for an incoming freshman living with a staff member is one thing.

Investigating the program built by St. K is big game, and the NCAA might need a bigger boat to catch it.