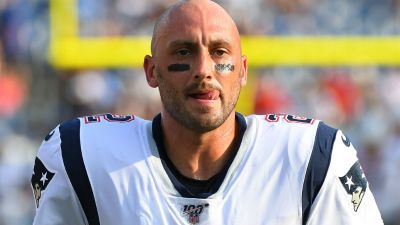 Brian Hoyer is the latest back-up to Tom Brady to join the Indianapolis Colts.

We may not know who the starting quarterback for the Indianapolis Colts will be in 2020 and beyond, but Brian Hoyer is going to be the back-up.

Hoyer has signed a three-year, $12-million deal with $9-million guaranteed to join the Colts.

The Colts will be Hoyer’s seventh NFL team, and he’s been serviceable throughout his 10 years in the NFL.  Hoyer won’t be the reason the Colts win games, but he’s rarely going to be the cause for losing.

There’s no question the starting QB spot belongs to Jacoby Brissett for the 2019 season.  What happens after that is anyone’s guess.  He might prove himself worthy of a contract extension, or he might not.  Whatever happens with the Colts offense, Brissett will own the outcome this time.

In 2017, Brissett was acquired 15 days before his first start, thrown into the fire behind a porous o-line, and was coached by a safety-first lame duck coach in Chuck Pagano.  The Colts went 4-11 in his 15 starts.

Now they have weapons, an offensive line that can protect, a coaching staff that knows how to scheme, and he’s taken over 1,200 reps this offseason with the first unit.  If Brissett fails, it’s on him, and Colts fans will start watching Justin Herbert and Jake Fromm with keen interest.  If he succeeds, a big fat contract and the love of a city tired of talking about the guy he’s following awaits.

As for preseason darling Chad Kelly, we’ll see where he winds up after serving his two weeks suspension for his strange behavior last Halloween.  His talent was certainly evident during training camp, but can he be trusted to stay out of trouble long enough to see where that talent can take him?

For more than 20 years, it has been the chief responsibility of the Colts general manager to surround a generationally gifted quarterback with enough talent to win a super bowl.  Now, Chris Ballard is the architect of a talented in search of a quarterback to lead it to glory.

Brissett gets the first crack at it starting this Sunday against the Chargers.